Home » Collections » Online collections » Jewish Britain: A History in 50 Objects » The objects » Poster for The King of Lampedusa

Poster for The King of Lampedusa 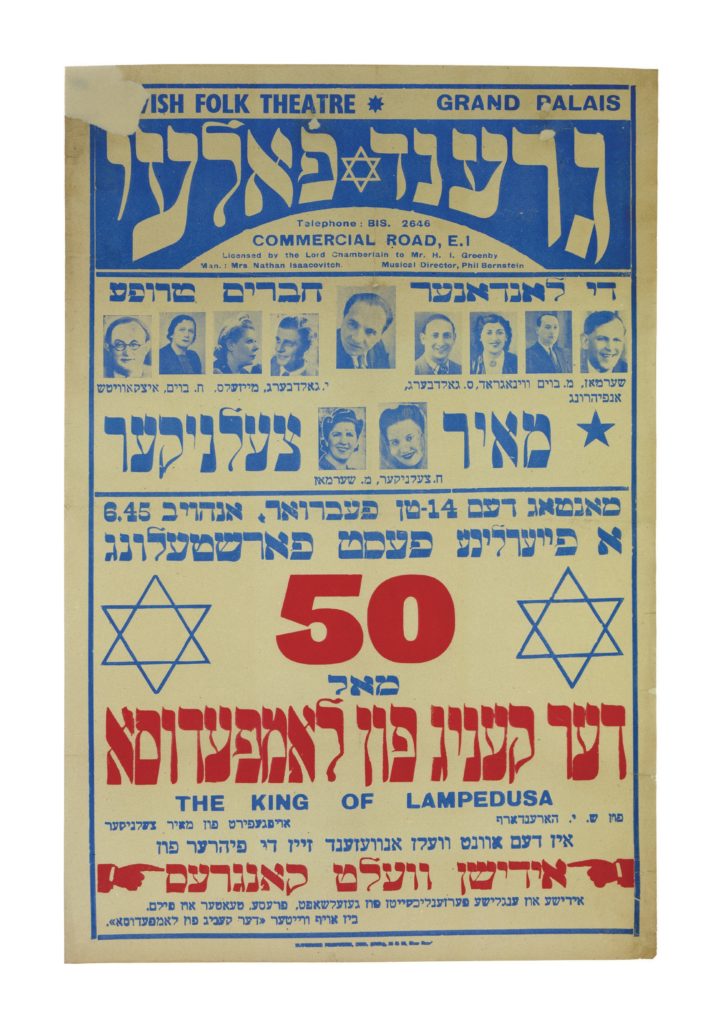 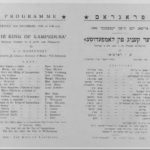 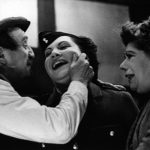 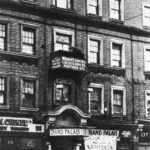 This poster was used to advertise the Yiddish play, The King of Lampedusa, which was staged at the Grand Palais Theatre in 1943. Written in the same year by SJ Harendorf, it was based on the true story of RAF Flight-Sergeant Sydney Cohen, a tailor from Clapton in East London. Cohen’s forced landing on the island of Lampedusa caused the Italian garrison to surrender, and earned him the nickname, the “King of Lampedusa”. The play ran for six months, the longest run of any Yiddish play in London.

During the first half of the 20th century, Yiddish theatre in London was a vibrant and popular tradition; it was of great social and cultural importance to the growing community of Jewish immigrants from Eastern Europe. Yiddish, a richly expressive language based on German and written in Hebrew characters, was the mother tongue of many of these immigrants. The Yiddish theatre of the early 20th century was remarkable for the range of its repertoire, the versatility of its actors, and the enthusiasm of its audiences.