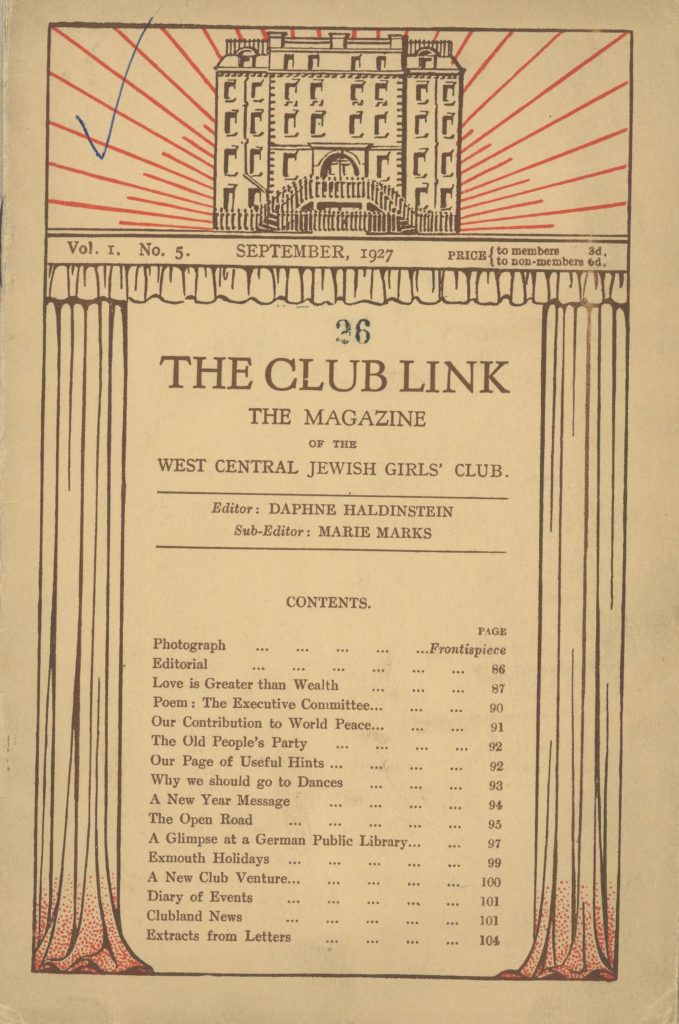 The Jewish Museum holds copies of over 80 issues of the Club Link magazine dating from 1927 to 1954.

The magazine was primarily for members of the West Central Jewish Girls’ Club, which was founded in 1893 by the Honourable Lilian Montagu (1873-1963). ‘Miss Lily’, as she was known, led the Club with her sister, Marian. The Club encouraged its members to participate in its running and it gave girls an opportunity to broaden their horizons and develop an awareness of the social and political problems surrounding them.

Following the bombing of their building in 1941, the Girls’ Club moved very close to the West Central Jewish Lad’s Club (founded in 1898) and joint activities were organised. From 1950 the two Clubs shared a building and when the Lads’ Club closed in 1955 many members joined the Girls’ Club.

The Club Link magazine tracks the trends and activities of Liberal Jews following WWI, through to the tragedies of WWII and life following the war years. Volunteers have been both digitising and listing the named individuals mentioned in the pages. These are being added to our collections database to help us with any genealogical enquiries.

So if you or someone you know were involved with the the West Central Jewish Girls’ Club from 1927-54, and you would like to find out whether your name gets a mention, contact us at [email protected] and we’re happy to make these available for you