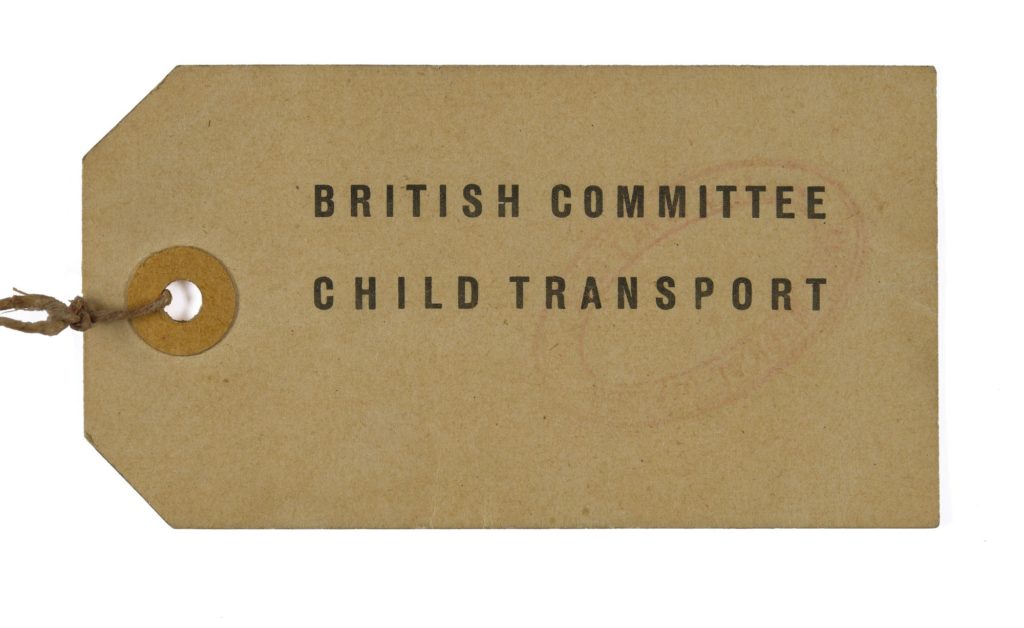 This identifying tag was worn by 17-year-old Margit Freudenbergova on her journey from Prague in 1939. She was one of 10,000 Jewish refugee children who were admitted to Britain between December 1938 and September 1939 as a result of persecution of Jews by the Nazi regime.

Margit left her home in Prague at the end of May 1939, on a transport organised by Trevor Chadwick and Nicholas Winton. She remembers a non-stop train journey to the Netherlands Liverpool Street station in London. The next day, she was sent to Glasgow, where she was fostered with a local family.

The tag allowed her to be clearly identified as part of the Kindertransport during the journey.

Themes
Growing Up Migration and Settlement Refugees from Nazism and the Holocaust
Object ID
2009.19.2
Date
1930s