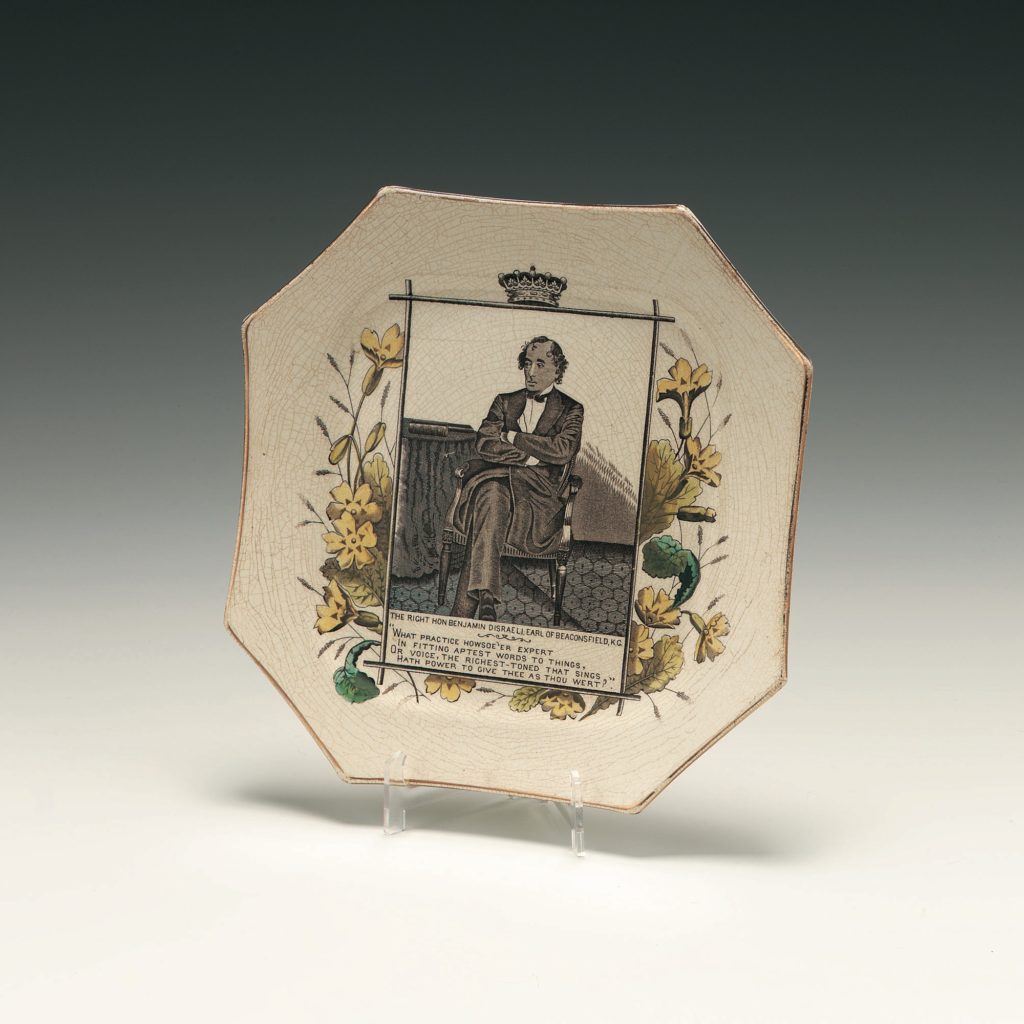 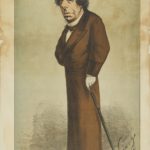 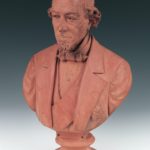 This plate was produced in Staffordshire around 1876. It is decorated with a picture of Benjamin Disraeli and primroses, which were Disraeli’s favourite flower.

Disraeli was born in 1804 in London. He served as a Member of Parliament from 1838 and became Britain’s first Jewish prime minister in 1868. This was only acceptable because he had been baptised into the Church of England as a child. In contrast, Lionel de Rothschild was elected to Parliament four times, but could not take his seat until 1858, when he was no longer required to swear an oath “on the true faith of a Christian”.

Despite his conversion to Christianity, Disraeli was certainly seen by society as “the Jew”. Standing for Parliament in 1837, he was heckled as “Shylock” and “Old Clothes”, reflecting the most common Jewish stereotypes. Political cartoons made crude allusions to his Jewishness, particularly after he became Prime Minister for the second time in 1874. Yet these stereotypes and antisemitic outbursts do not define Disraeli’s career. Instead, this man who was universally perceived as a Jew was raised to the peerage and was to redefine the Tory party.