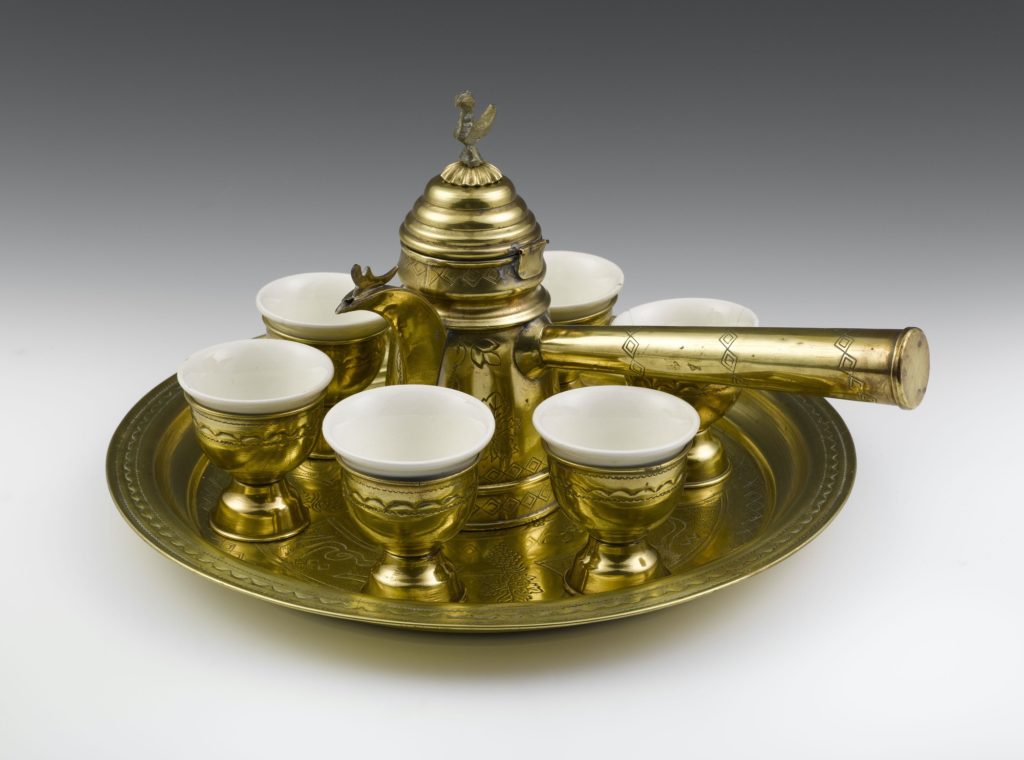 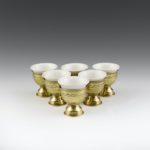 This coffee set was brought by a Jewish family to the UK from Aden (Yemen) and used to make traditional Eastern style coffee.

Following the Six Day War in 1967, Jews were forced to flee Aden after riots and demonstrations. Some settled in the UK due to its links with Aden as a former British colony. There were also a number of other migrations from Middle Eastern countries such as Egypt, Iraq and Syria as Jews faced persecution following the establishment of the State of Israel in 1948.