Make your own Matzah

Home » Assets » Make your own Matzah 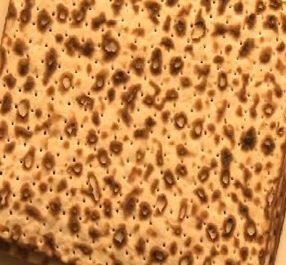 Matzah is an unleavened flatbread that is usually eaten during Passover. Passover, Pesach in Hebrew, is a week-long festival celebrated around March or April every year to remember an important story from the Torah.

During Passover, we remember how God freed the Jewish people from slavery in Egypt by Pharaoh. With Moses as His representative, God sent 10 plagues upon the Egyptians until they agreed to free the Jews.

After the final plague, the killing of the first born Egyptians, Pharaoh instructs the Jewish people to leave immediately. The Jewish people grabbed their belongings but were unable to prepare their food and they did not have time for their bread to rise. Soon after, Pharaoh changes his mind and chases after the Jewish people to force their return but God instructs Moses to part the sea and free the people.

Every year to remember this story, Jewish people remove all leaven products (chametz) from their homes and eat matzah and other symbolic foods to remember their freedom. Download this resource to make your own matzah bread.

Make your own Matzah