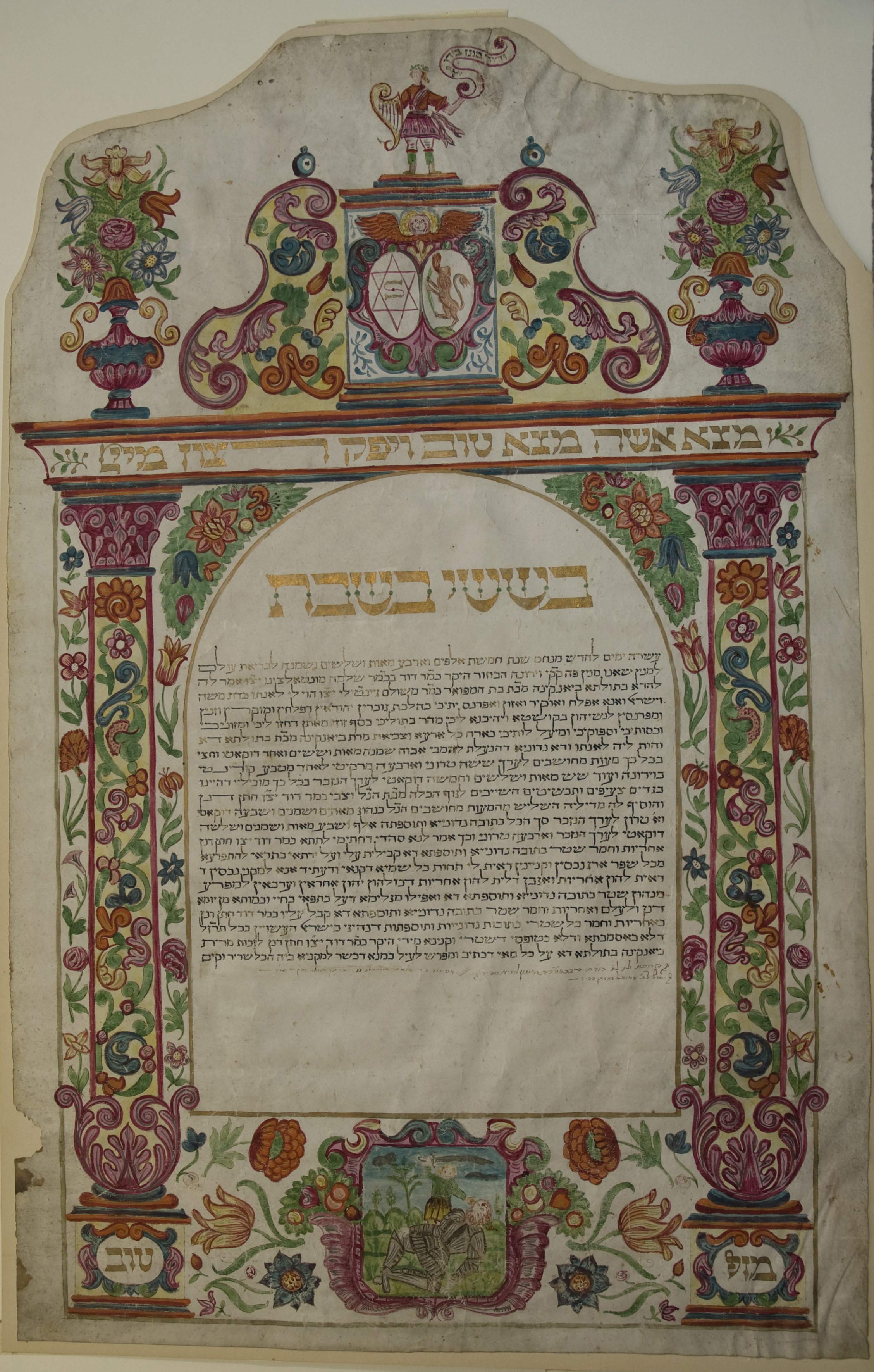 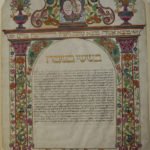 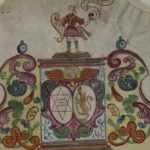 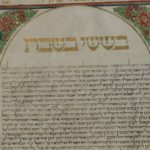 We can see lots of colourful floral patterns. We can also see two columns on either side of the text.

What can you see?

This object is a ketubah, a Jewish marriage contract. This ketubah records the marriage of David and Bianchina Montalcino in Verona, Italy in 1678. This particular ketubah is signed in Hebrew by the groom, David b. Shelomoh Montalzino, and two witnesses to the marriage.

At the top of the ketubah there is an image of David playing harp. He is standing on a panel containing a lion and the Magen David (Shield or Star of David) with the letter ‘S’ inside. The Magen David and the lion are important symbols in Judaism. In this case, the ketubah has been personalized by illustrating biblical scenes of heroes with the same names as the marriage couple. In this case, David the groom is symbolically linked with the biblical David.

We might wonder how David and Bianchina felt when they signed the ketubah? Did they hang it on a wall in their home?

Marriage is highly celebrated in Judaism. Weddings are carefully planned over a long period of time. There are many objects that are connected with celebrating a Jewish wedding. One of these objects is the huppah. The huppah is a wedding canopy. The bride and groom stand under the huppah during the marriage ceremony.

Ketubahs are traditionally written in Aramaic. Aramaic is an ancient language which is similar to Hebrew. Aramaic was the daily language used in the Ancient Near East during the Talmudic era. The Talmudic era, about 2,500 years ago, was when the text for the ketubah was first developed. All Rabbinic legal documents were written in Aramaic, which is why the tradition continues to the present day. However, the ketubah text can be written in any language as long as the translated text exactly matches the original Aramaic text. This is so that the terms of the marriage contract can be understood by all Jews.