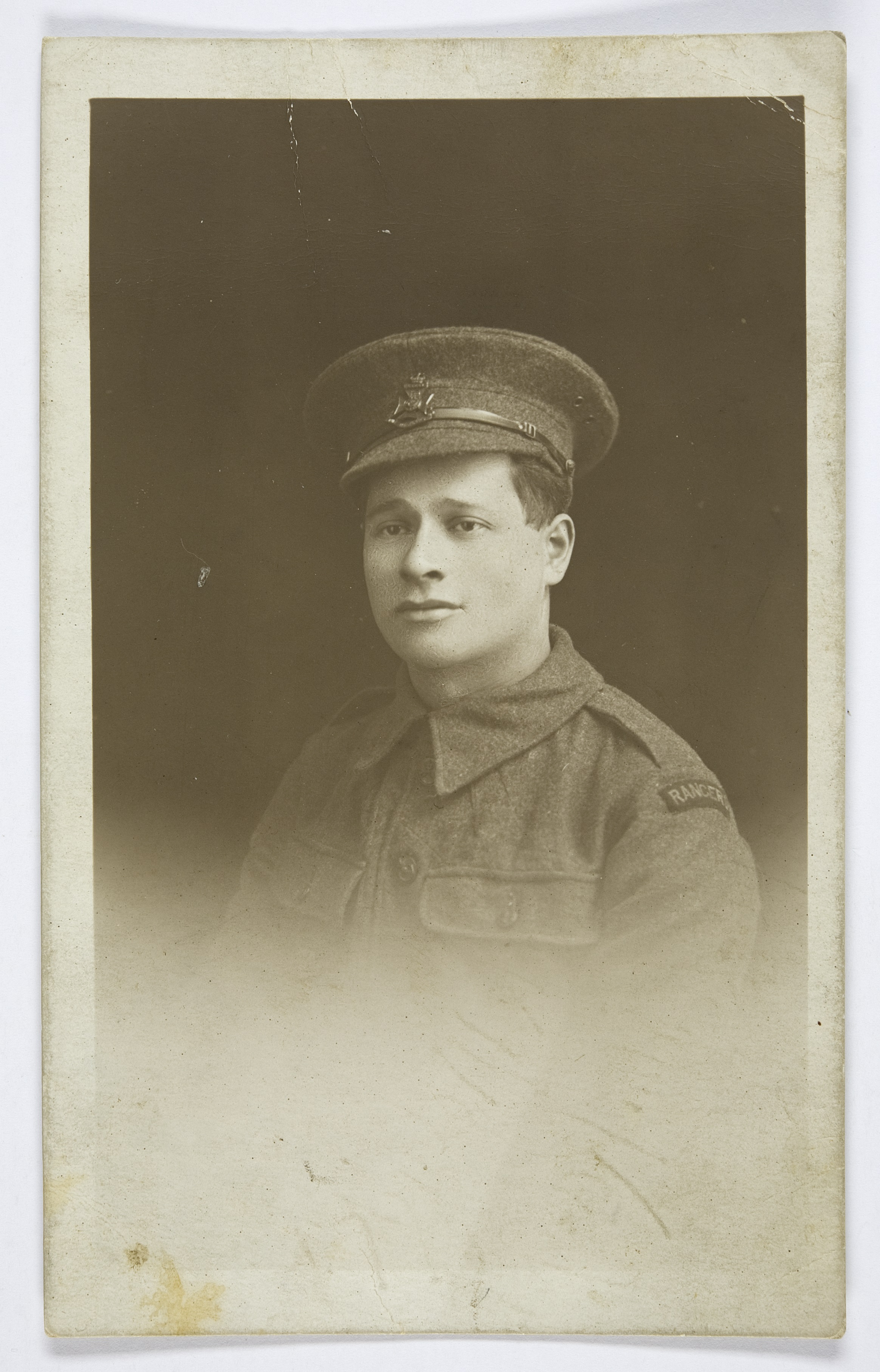 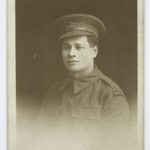 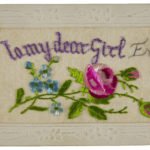 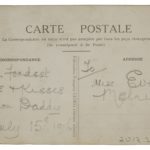 Jack trained in England and in France before becoming a rifleman in the 12thLondon Regiment. He was listed as wounded and missing on 9th September 1916.

Jack grew up in Hackney in the East End of London. He later married and had daughter Eva in 1912. In 1915, his wife died of Tuberculosis, so Jack and Eva moved in with his mother. They lived at 138 Jubilee Street, Commercial Road E1.

Jack Melnick sent this card to his daughter Eva in 1916, just two months before he was killed in the Battle of the Somme. The front of the card is embroidered and Jack added Eva’s name in pencil. The back of the post card reads, ‘With fondest love and kisses from Daddy.’ Eva would have been about four years old when she received this postcard.