80 Years Ago Today: Preparing for War at Home 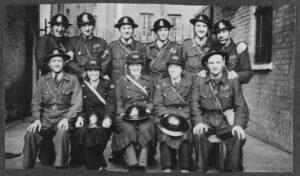 When Britain and France declared war on Germany exactly 80 years ago on the 3rd of September 1939, the preparations for a potential conflict had already been underway for several months. The British government increased its arms production and Parliament passed new laws to introduce conscription. But the preparations went well beyond the Armed Forces. […]