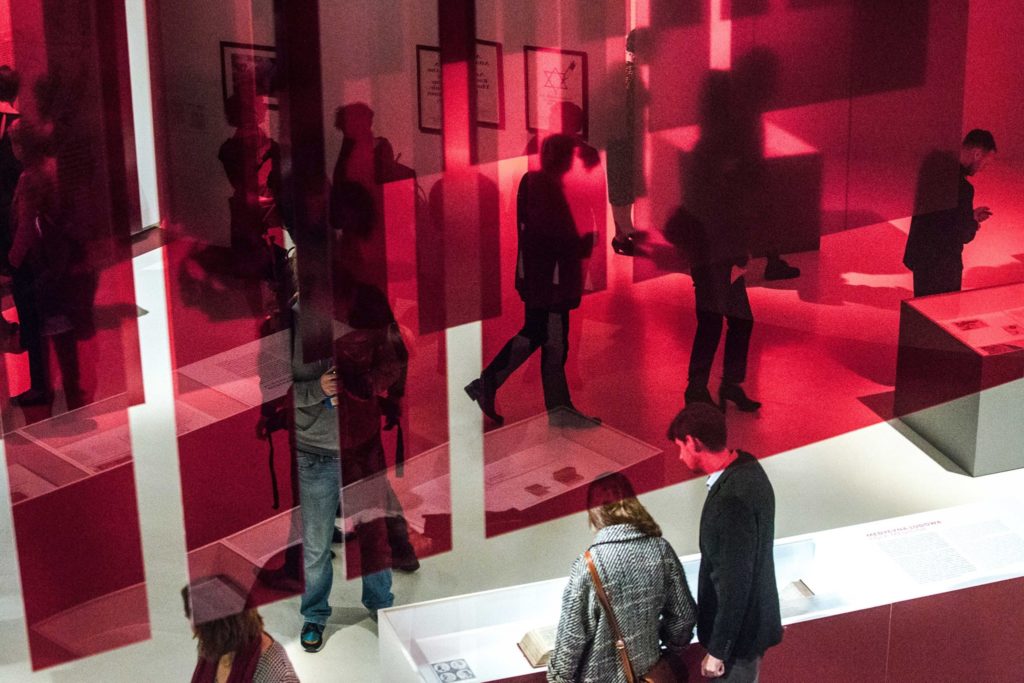 Jewish Museum London’s ground-breaking exhibition exploring the provocative and complex subject of blood has opened at POLIN Museum of the History of Polish Jews, where it will run until 29 January 2018, accompanied by lectures, workshops, performances, film screenings and curator-guided tours. 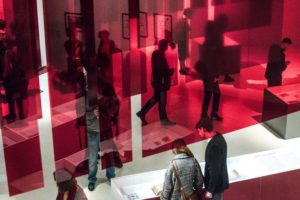 The exhibition, which was critically acclaimed on opening in 2015, draws together manuscripts, prints, Jewish ritual and ceremonial objects, art, film, literature and cultural ephemera to present a rich exploration of how blood can unite and divide, reflecting on over 2,000 years of history.

Exploring the theme through the lens of Jewish religion, culture and history, the exhibition reflects on how blood is an essential part of life as well as integral to rituals about food, sex, and circumcision.

The exhibition also explores how the relationship between Judaism and Christianity has routinely centred around blood, from Medieval iconography implicating Jews in the shedding of Jesus’ blood to the blood libel – allegations that emerged in medieval Europe that Jews murdered Christian children and stole their blood. Through legal documents and contemporary propaganda the exhibition looks at how biology – in the form of blood – has been used to divide and classify different groups, and how Jewish blood has been the subject of racist ideas of purity. Responses to modern issues surrounding blood, including AIDS and genetic research into ‘Jewish’ diseases will bring the exhibition to the present day.

In the Polish version of the exhibition, the narrative is interwoven with contemporary artworks, including commissions from three Polish female artists that reflect on themes of blood and identity raised in the show. Anish Kapoor’s spectacular sculpture, Blood Cinema (2000), marks the first presentation of Kapoor’s work in Poland.

“It is with great pleasure that – thanks to our colleagues in London – we can present the Polish audience with the exhibition dedicated to blood and its many meanings. It is difficult to overestimate the symbolic wealth of blood, but this wealth means also ambiguity and the risk of misunderstandings and prejudice. In particular, the role of blood in Jewish tradition and rituals has been object of prejudice, some of which remained alive until the 20th century. This has also been the case in Poland, despite the thousand years of coexistence of Polish Jews and Christians. We find this complexity a promising starting point for reflection and debate. With artworks by contemporary artists and a rich program of events accompanying the exhibition we want to encourage our visitors to engage in conversation.”

“We are thrilled that this challenging, urgent conversation has been taken up in Poland, where its scope has been widened. A major part of our work involves combating prejudice through education and discussion. Our intention in creating this exhibition, with its huge historical sweep, was to stimulate questions and promote discoveries for our visitors. Once again, blood and its complex cultural history, can invite a fresh look at our common humanity.”