This cutting edge exhibition examines the provocative and complex subject of blood. Blood draws together art, film and literature to present a rich exploration of how blood can unite and divide.

Looking at the theme through the lens of Jewish religion, culture and history, the exhibition reflects on how blood is an essential part of life as well as integral to rituals about food, sex, and circumcision.

We have a variety of touring exhibitions on different themes available for hire. These are suitable for display in museums, schools, colleges, libraries, synagogues and other public venues.

Some focus on different aspects of the fascinating story of the Jewish community in Britain. Others relate to stories of immigration and the Holocaust and carry powerful messages against prejudice and racism.

The Holocaust and Second World War

Champion of the Child – Janusz Korczak 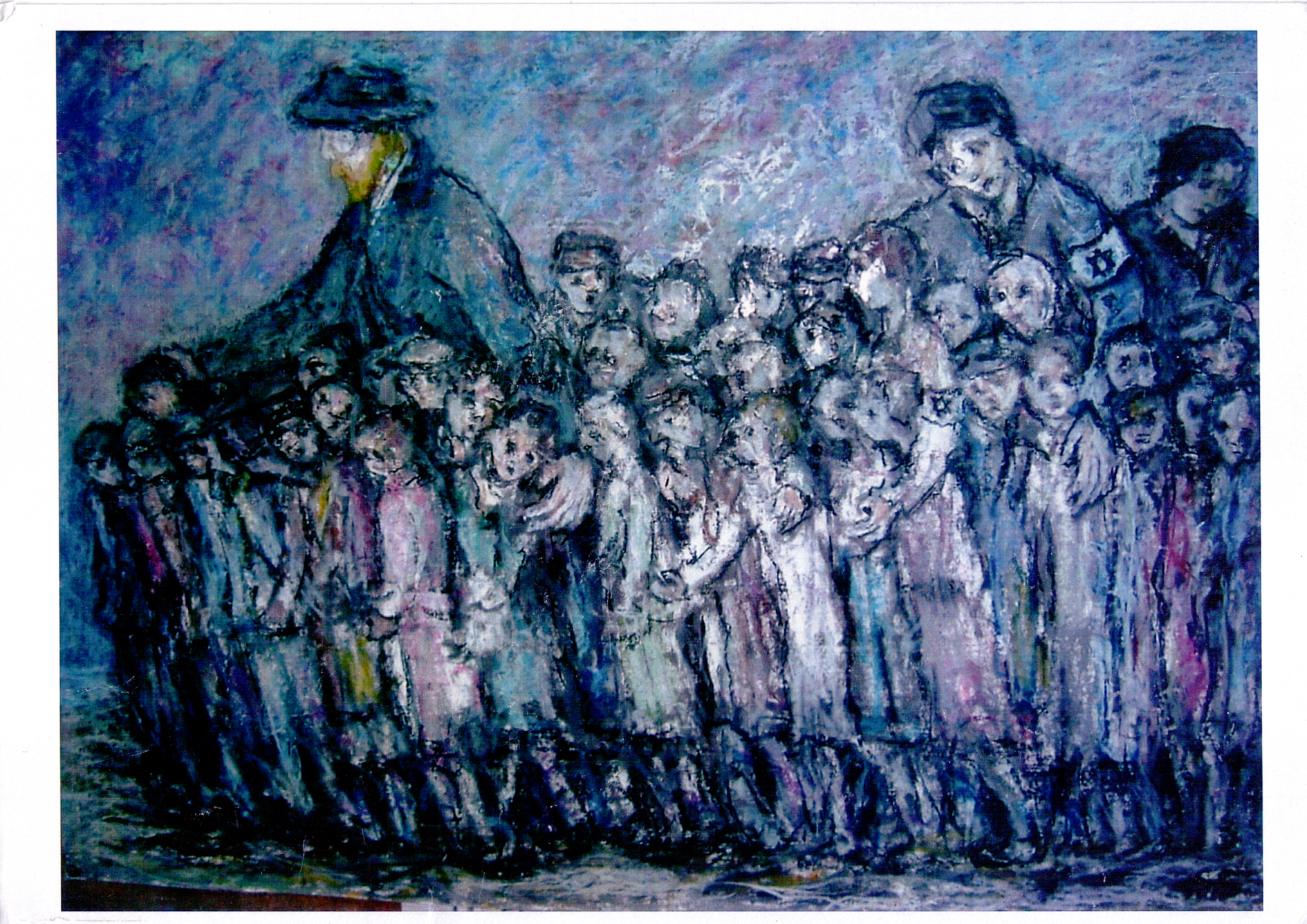 A pioneer of children’s rights and a key influence in the 1979 UN Convention on Children’s Rights, Janusz Korczak (1879-1942) devoted his life to the rights and well-being of children, regardless of nationality or religion. This exhibition tells the inspirational story of his life and work with the children of Warsaw, his death – together with the orphans in his care – at the hands of the Nazis, and his continuing legacy worldwide. It raises challenging issues relating to children’s rights today.

The Last Goodbye – The Rescue of Children from Nazi Europe

The story of the 10,000 unaccompanied child refugees admitted to Britain on the Kindertransport, highlighting issues relating to prejudice, racism and indifference. An education resource with the same title is also avaliable.

Am I My Brother’s Keeper? Rescue in the Holocaust

This raises challenging ethical and moral issues, focusing on the stories of particular individuals, both rescuers and those who were rescued, who lived or settled in Britain.
21 panels. Hanging system: Velcro 60 cm x 84 cm

‘The Boys’ – Triumph over Adversity 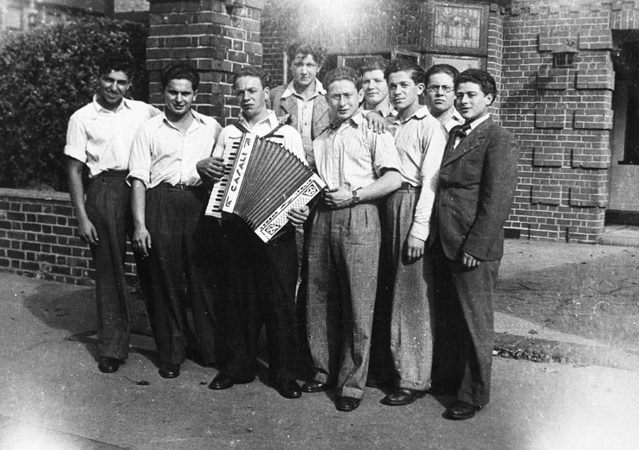 The story of a group of teenage Holocaust survivors admitted to Britain after the Second World War, produced in association with the book by eminent historian Sir Martin Gilbert.

After surviving years in hiding and internment in Auschwitz, Eva Schloss visited the home in which her brother and father had hidden – they had perished tragically only weeks before liberation – and discovered over thirty paintings by her brother hidden beneath the floorboards. This exhibition tells the story of Eva, her brother Heinz, and the artistic talent he cultivated in captivity and she salvaged from obscurity through reproductions of his astonishing paintings.

Closing the Door? Immigrants to Britain 1905 to today 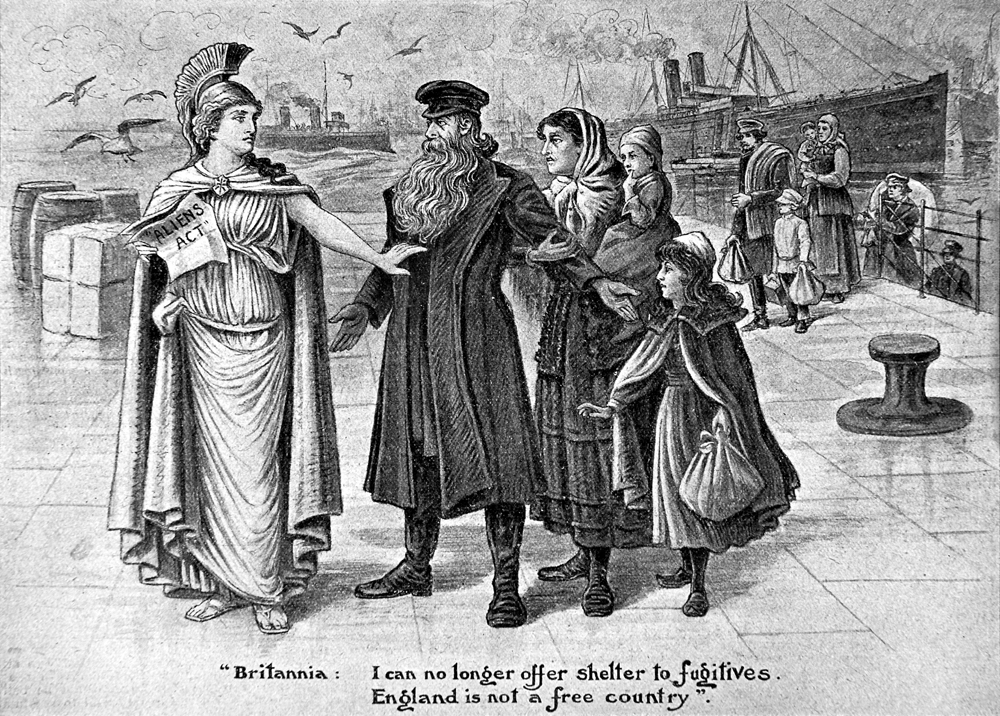 Taking as its starting-point the 1905 Aliens Act, this exhibition investigates how immigration has affected British life over the last century and provides a fresh look at the controversial issue, drawing on the experience of different immigrant communities.

Explores the history of Britain’s Jewish community, one of the country’s oldest minorities, and how it has met the challenge of retaining its distinctive religion and identity while playing an active role in society. Like the history of Britain itself, this is a story of successive waves of migration of people from diverse countries.

Abayudaya – The Jews of Uganda

Photographs by Rena Pearl of Ugandan Jews, whose knowledge and practice of Judaism developed in isolation over several generations, without any significant contact with world Jewry until the 1990s.

From Ridley Road to Radlett

Ian Lillicrapp’s images portray the diverse character of Jewish food shops from the East End to the suburbs.

Portraits of an Era – Photographs of the East End

For more information or to place an order contact the museum:

Borrowers are responsible for arranging the collection and return of the exhibitions.