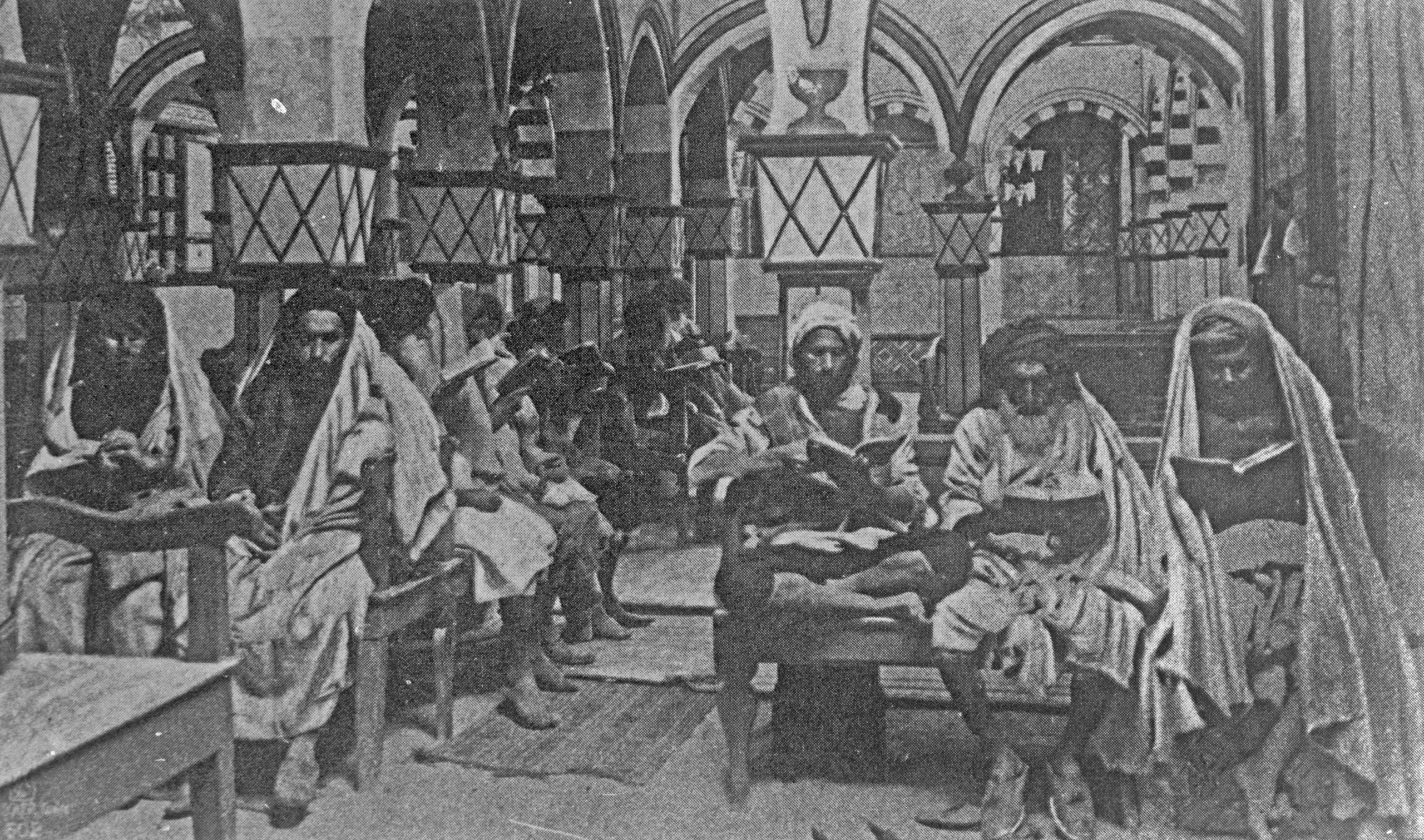 This black and white photograph shows men praying inside a synagogue in Djerba, Tunisia

Djerba sits in the Mediterranean Sea off the southeast coast of Tunisia and is home to one of the oldest Jewish communities in the world. The island was settled by the Romans, and in around 655 CE the first Arabs arrived. Over the next few hundred years, various regional powers such as Sicily and Spain tried to seize and control Djerba. It eventually came under the Ottoman Empire until 1881, when it was colonised by France. Tunisia gained independence in 1956. The Jewish community on Djerba dates back around 2,500 years. It is a community whose traditional Jewish practice is rooted in ancient customs.

Today it is largely self-sufficient with people working as crafters, jewellers, shopkeepers and market vendors. Locals work side-by-side with their Muslim neighbours, and mainly speak Arabic. During the French occupation, the Jewish community maintained their Judeo-Arabic language and their traditional lifestyle. In WWII, Tunisia was occupied for six months by the Nazis who deported thousands of Jewish men for forced labour in the desert. Several hundred Tunisian Jews died during the Nazi occupation. After the war, there were around 80,000 Jewish people living in Tunisia, but over the next few decades those numbers diminished. Today there are less than 1,000 Jewish people living in Tunisia, the majority on the island of Djerba.