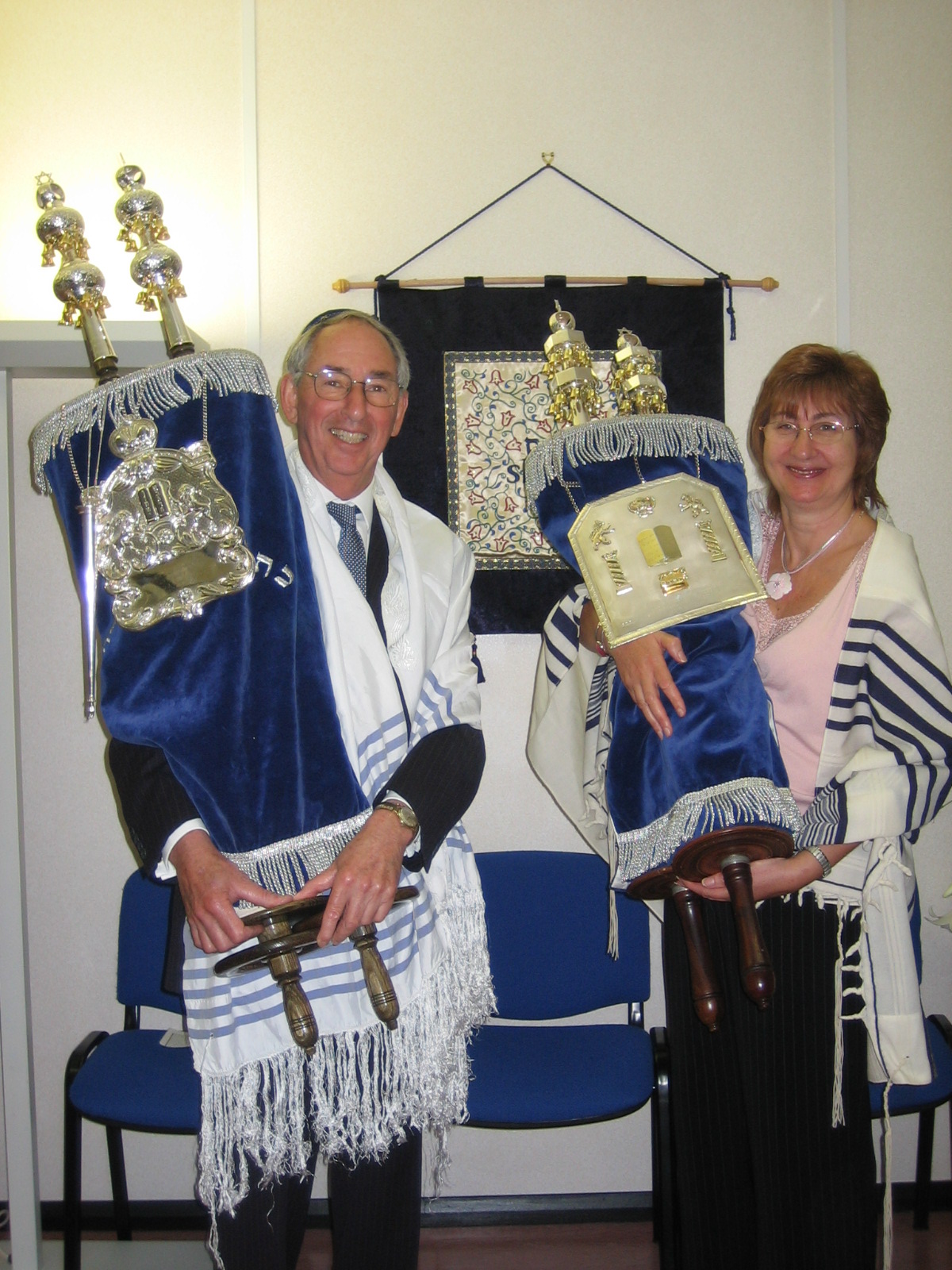 In the Reform community, both men and women have the choice to wear traditional Jewish items, such as tallitot (prayer shawls) and kippot (skull caps). Here, we see both individuals wearing these traditional garments as they hold a Torah for the celebration of Simchat Torah – a festival that marks the conclusion and then commencement of the annual Torah reading cycle.

The Torah are dressed in Torah crowns, called rimmonim, and large breastplates which sit at the centre of each Torah, which shows the concept of beautifying worship.