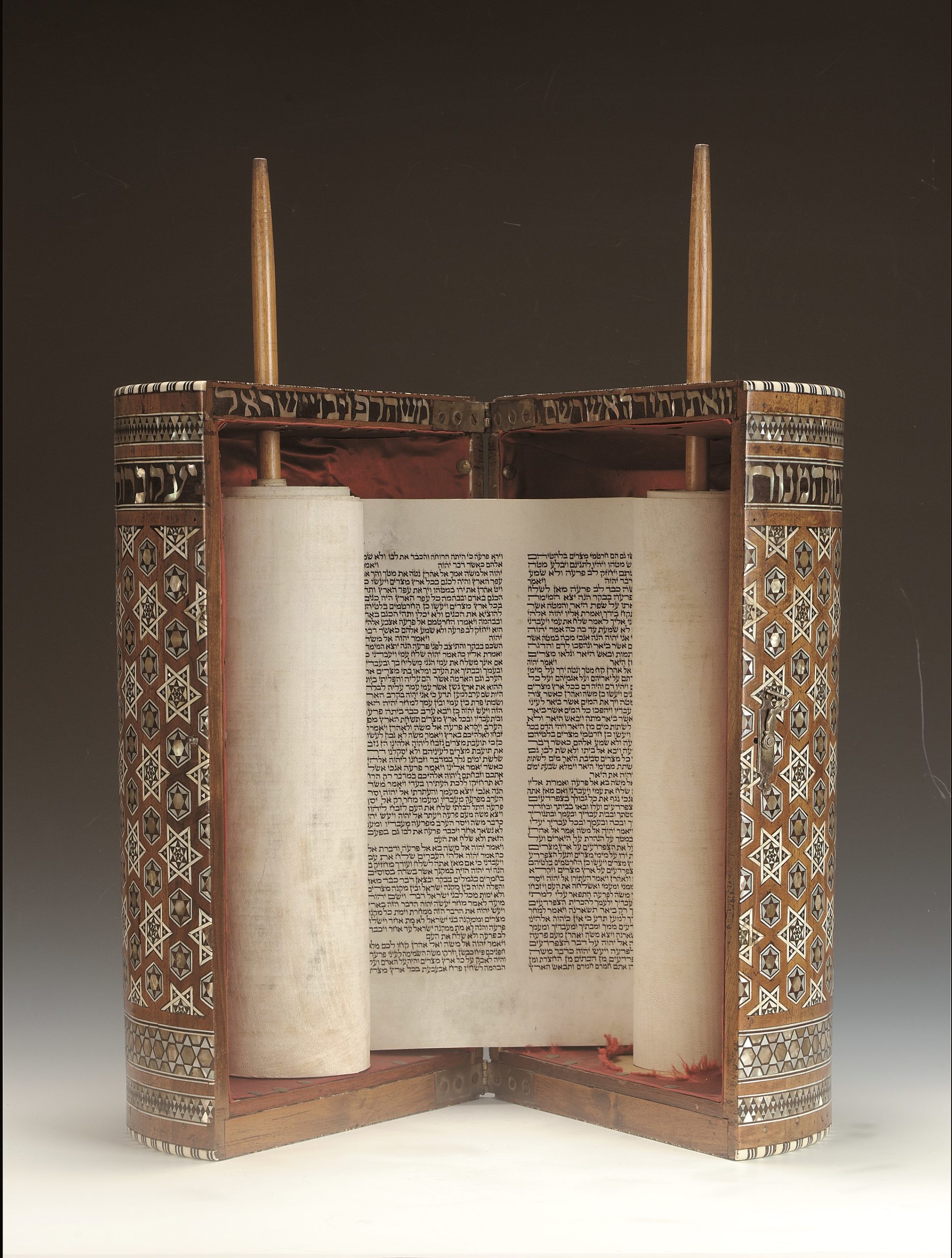 This is an image of a Torah scroll and case. The case is round, made out of wood with inlaid decoration of various woods, mother-of-pearl and ivory. It dates back to 19th or 20th century.

This Torah was presented by the Rolo family to the Eliahou Hanavi Synagogue in Alexandria, Egypt. Robert J. Rolo served as the president of Alexandria’s Jewish community between 1934 and 1948. Lady Segal, the item’s lender, was born Rolo.

There have been Jewish communities in Egypt for over 2500 years during which there have been various waves of tolerance and persecution. Since the days of Alexander the Great, the communities have been mainly centred around Alexandria and Cairo. The Ottoman Empire welcomed many Jewish communities from Spain and Portugal. By the 1940s there were approximately 75000 Egyptian Jews. The aftermath of the Second World War triggered many attacks on Egypt’s Jewish communities. In 1956, 25,000 Jewish people were expelled from the country; possessions were confiscated and 1,000 Jewish people were imprisoned. Many Egyptian Jews came to London, seeking freedom from persecution. Those who became members of Sephardi synagogues found that the community lost a bit of their unique Egyptian Jewish traditions—such as a more Arabic/Turkish style of music. This was due to taking on of more Spanish and Portuguese traditions.