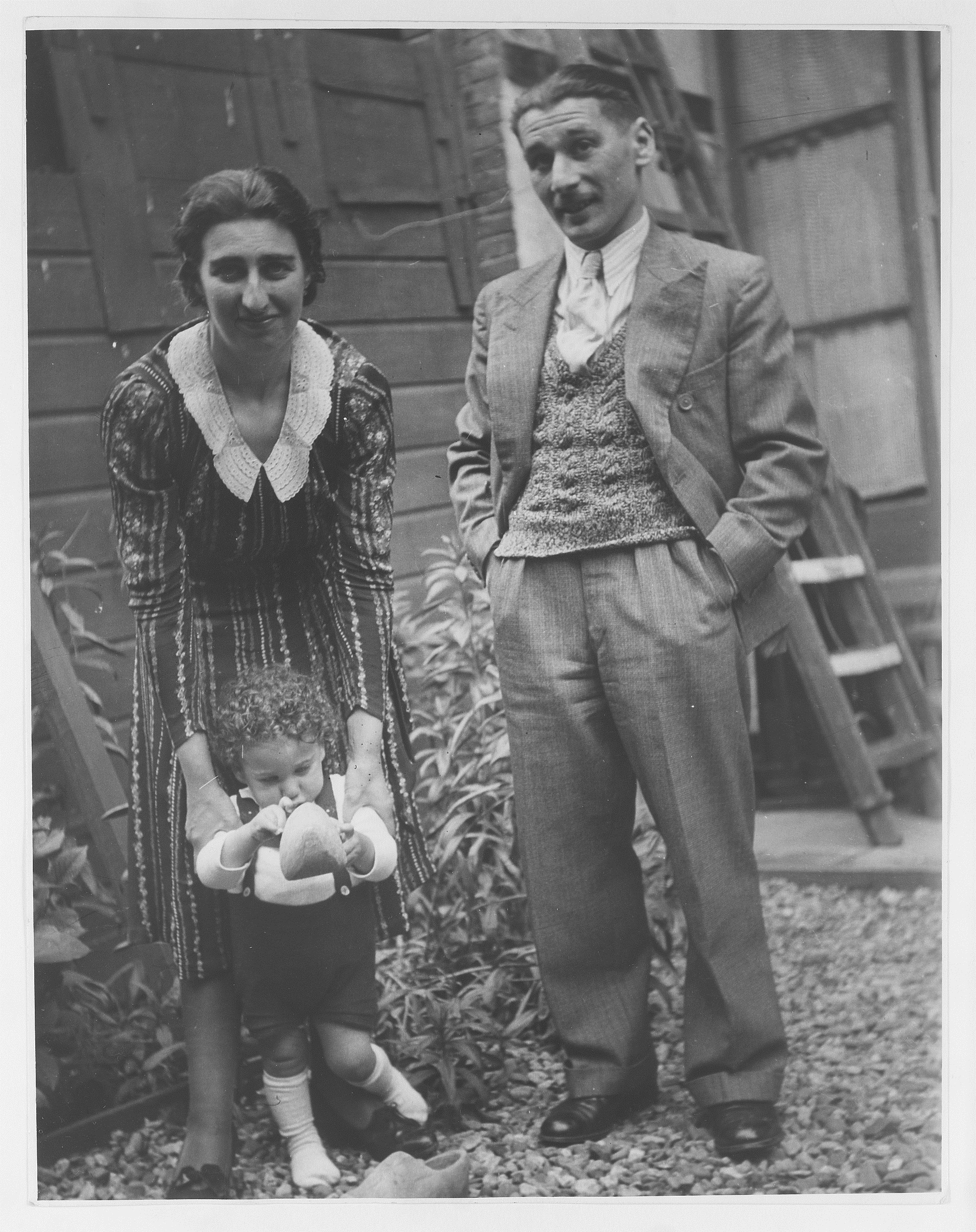 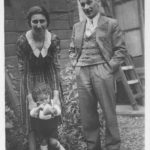 We can see a woman holding up a child. We can see that the child is holding a wooden shoe.

This is a photograph of Leon Greenman, his wife Else and their son Barney taken in a friend’s garden. Look closely at Leon and Else. Even though they look happy, this photograph was taken at a time when life for Jewish people in Holland became really difficult.

The photograph was taken in the garden of non-Jewish friends in Rotterdam in June 1942, at a time when non Jewish people were discouraged to mix with Jewish people. The risk Leon’s friends took in inviting the Greenmans was enormous.

This photograph is probably the last family portrait taken of Leon, Else and Barney. There are more images of this day featuring Leon’s sister Dina and the friends they were visiting. Dina decided to join her best friend who was called up to go to a labour camp, both were murdered in Auschwitz.

Leon Greenman was born in London, but grew up in Rotterdam. In 1935 he married Else in Stepney Green Synagogue. After their wedding, the couple moved back to Rotterdam to be near Else’s grandmother.

When Holland was invaded by Germany in May 1940, Leon hid his family’s British documents with friends to keep them safe. However, the friends were fearful of being punished by the Nazi’s and destroyed the only proof of the Greenmans’ British identity.

Leon, Else and Barney were taken out of their home on October 8, 1942 and taken to Westerbork transit camp. Unable to prove their British nationality they were sent to Auschwitz Birkenau where Else and Barney were murdered. Leon survived and returned to London after the war where he campaigned tirelessly against intolerance and injustice. He spoke about his camp experiences in schools up until his death in 2008. The Jewish museum has a permanent exhibition about his life.