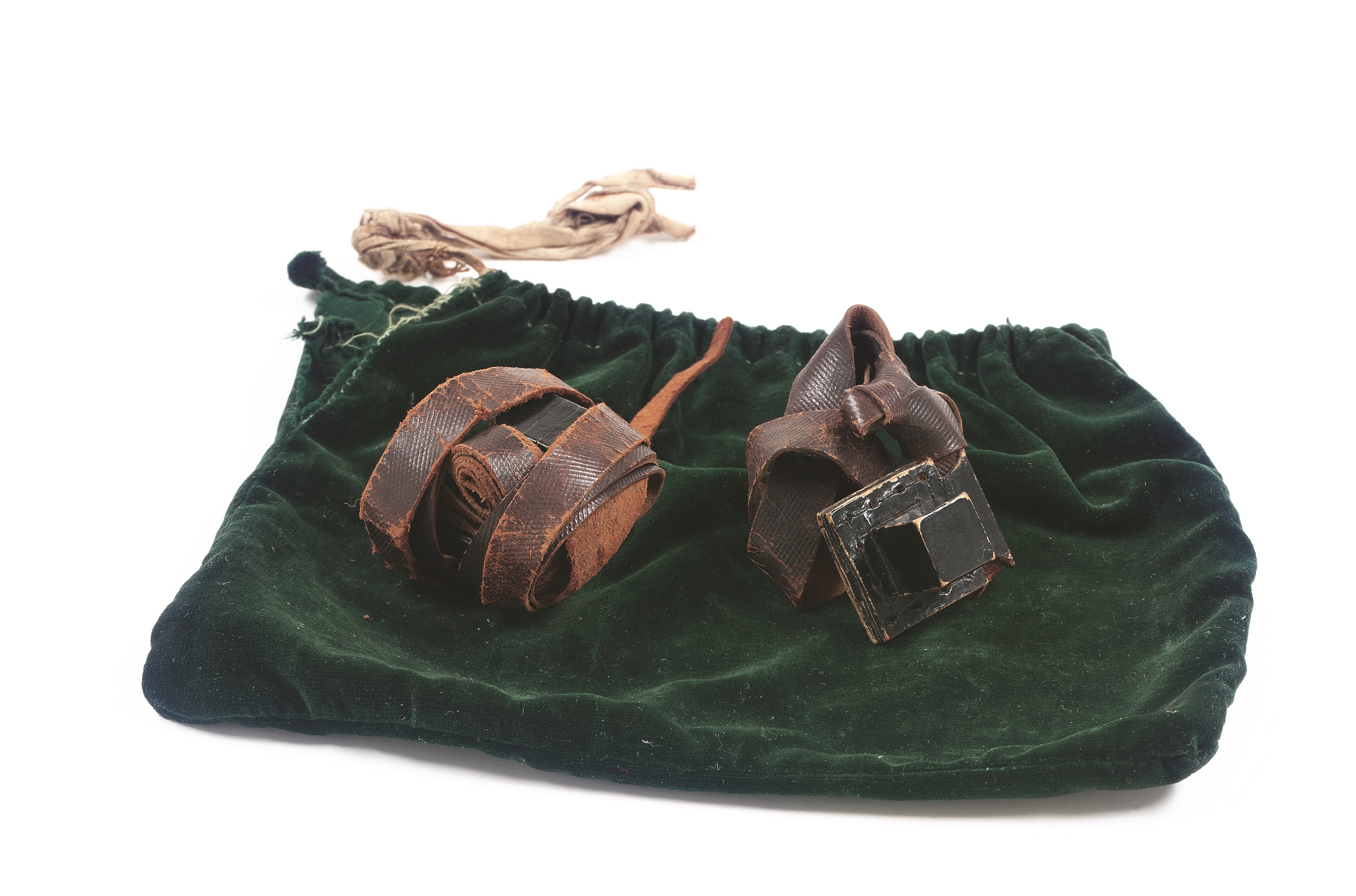 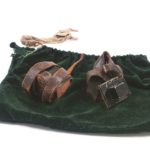 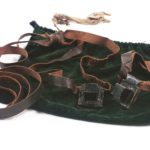 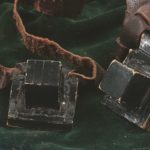 Tefillin are boxes which contain scrolls. They are usually made out of black leather. Tefillin always come in pairs, as one is worn on the head and one on the arm wrapping down to the hand. The leather straps are used to help tie them on and are wrapped in a special traditional way. Tefillin are worn only during prayer, and are traditionally worn by adult Jewish males, but are worn by women in some streams of Judaism. Often tefillin are given as a gift to children when they complete their bar or bat mitzvah at the age of 12 or 13.

Look at the box on the left, it has four sections on it. This is for the four scrolls which are in the tefillin. The scrolls within the tefillin are made of parchment. They are passages from the Torah, written by a sofer (scribe) in Hebrew. Hebrew is read right to left and is the holy language for Jewish people. The passages all talk about the command to tie the words of God as a sign on your hand and between your eyes. One of the passages is the Shema prayer, from Deuteronomy 6.

Tefillin are holy and special objects because they contain passages from the Torah, the most important Jewish text. Tefillin are often kept in boxes and in decorated bags to ensure that they are not damaged and as a mark of respect.

‘Tefillin’ is the name given to two black leather boxes (singular: ‘tefillah’) with straps which are put on by adult Jews for weekday morning prayers, and are worn on the forehead and upper arm. They are also called prayer boxes or phylacteries. The entire prayer box and straps are made from the skin of kosher animals. The basis for putting on tefillin derives from four biblical verses which are written on parchment by hand by a sofer (scribe), and are contained within the boxes. Wearing tefillin is a mitzvah (a biblical commandment) because it is written in the Torah to do so.

There are strict rules about how tefillin are to be worn. The tefillah shel rosh (the head tefillah) is to be worn on the forehead, along your hairline, right between your eyes. Some people use a mirror to check that their tefillin are in the right place. The straps are knotted, and hold the tefillin at the nape of the neck. The tefillah shel yad (the hand tefillah) is worn on your left arm if you are right-handed or your right arm if you are left-handed. The box is tied just above your elbow, close to your heart, and the leather straps are wrapped around your lower arm seven times before being wrapped around your middle finger three times and around your hand to make the shape of a shin, which is the first letter of the Shema prayer. When the tefillah is wrapped around your finger you say a passage from the book of Hosea about betrothal, as the tefillin symbolise the loving relationship between God and the Jewish people. After putting on the tefillin passages from the Torah are read which discuss how God freed the Jewish people from Egypt, and how this important event must be remembered.

Tefillin are touched at various points during prayer, especially when talking about God’s action in the world, such as Psalm 145:16: ‘You open your hand and satisfy the desires of every living thing.’

In the past tefillin of this small size were common as they were convenient to carry on journeys and during military service. Today tefillin are usually larger as scribes are not accustomed to write in the micro-calligraphy required for tefillin like these. The photograph also shows a tefillin bag in which tefillin are traditionally kept.