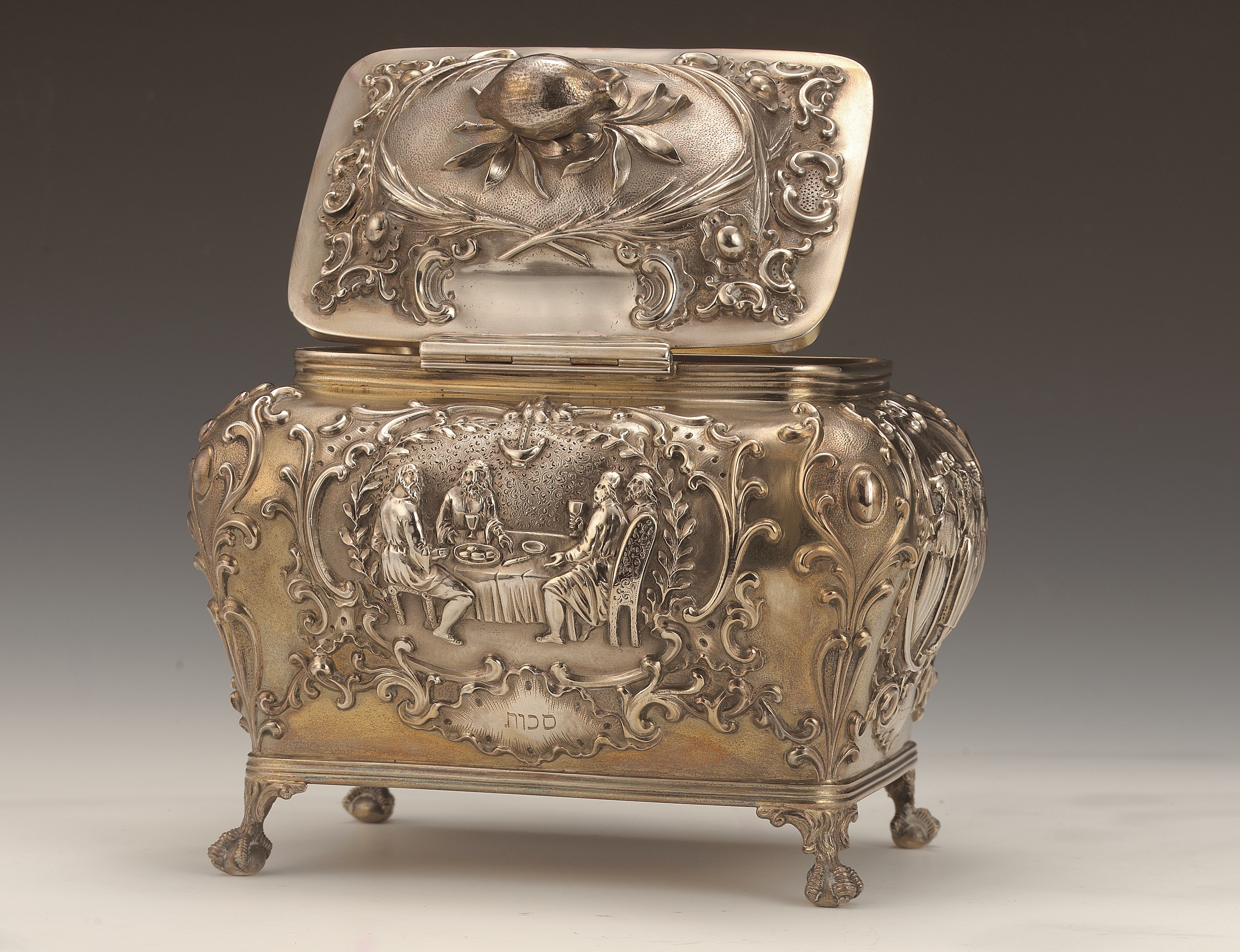 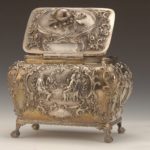 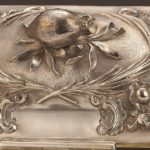 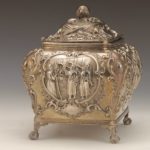 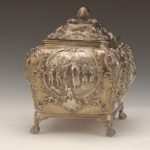 This is a silver etrog box which would be used during the festival of Sukkot. On this etrog box there are chased panels illustrating the sacrifice of the Paschal Lamb, the giving of the Law on Sinai, the Meal of Tabernacles and the New Year blowing of trumpets.

The etrog is a yellow coloured fruit which resembles a bumpy lemon. It is also one of the four plants (four species) used during the Festival of Sukkot. In the book of Leviticus in the Torah, it reads that one should take a ‘beautiful’ fruit and rejoice with it during the week-long festival of Sukkot. This is seen as a commandment (mitzvah) and is done on every day of the festival. It is also important that the fruit is ‘beautful’ and therefore, many people keep their etrog in a beautiful case like this one. It is also important that the etrog is clean, kosher and in very good condition. For this reason many people would buy their etrog, as well as the other three species, from their Rabbi.

Sukkot is the Jewish Festival of Harvest. It also commemorates the story of the Jews wandering in the desert after they had been freed from slavery in the land of Egypt. It recalls the many miracles they saw during their wandering, the protection of God and the building of booths (sukkot) for shelter during this time.