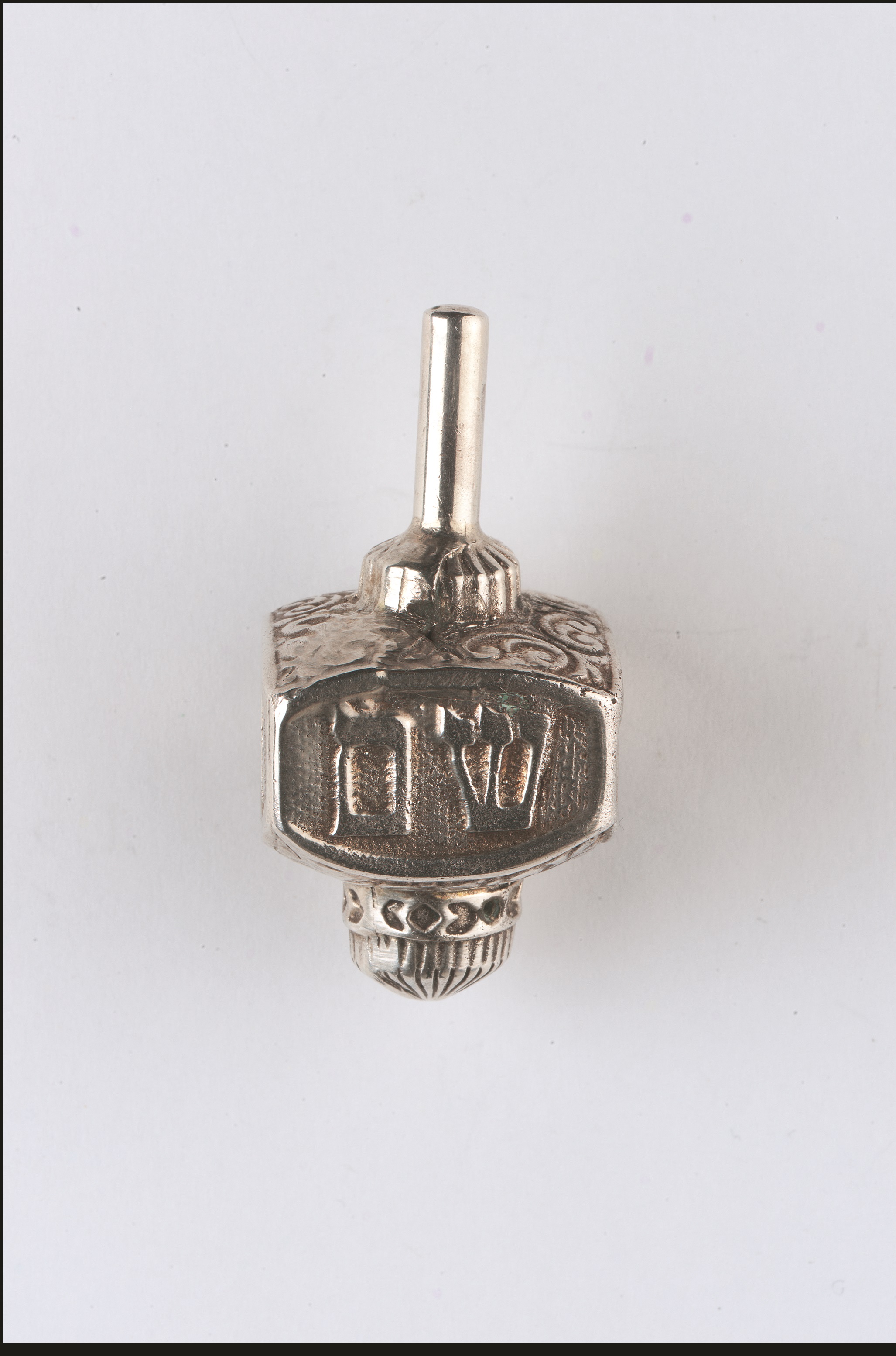 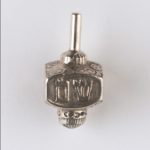 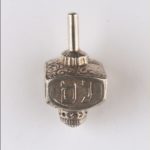 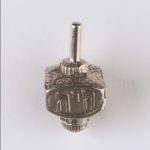 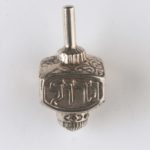 We can see silver engraved detail around the dreidl. We can also see some Hebrew letters engraved on the side.

The dreidl or ‘sevivon’ is a very symbolic part of Chanukah. Its significance stems from the time of Greek-Syrian rule over the Holy Land, during which King Antiochus attempted to systematically alter Jewish traditions. He outlawed studying the Torah and even many of the mitzvoth. However, many Jewish adults and children continued to practice their faith. They would go out into the woods, outskirts of town, and even caves to study the Torah. According to a 19th century rabbi, whenever children studying the Torah were approached by guards, they would hide away their studying materials and bring out a spinning top to evade suspicion. Thus, playing the dreidl during Chanukah reminds the Jewish community of the bravery of those children who held onto their faith during persecution.

While the dreidl itself represents an important period of persistence for the Jewish community, the letters on it hold just as much meaning. On each side of the dreidl there are four different Hebrew letters. These are nun which stands for nisht or ‘nothing,’ gimmel which stands for gants or ‘everything,’ hay which stands for halb or ‘half,’ and shin which stands for shetl or ‘put in.’ While these letters are important for playing with the dreidl, they are also significant for their symbolic meaning. In fact, the letters stand for the saying Nes gadol haya sham or ‘a great miracle happened there,’ however in Israel, they use the letter peh instead of shin, changing the phrase to Nes gadol haya po, or ‘a great miracle happened here.’ The miracle they are referring to is the Chanukah Miracle, which occurred during the Maccabean Revolt, a result of the persecution the Jews faced under King Antiochus.

We might wonder who owned this dreidl. We might also wonder if they played with it during Hanukah?

Dreidls like this one are a traditional part of Chanukah celebration, a very important Jewish festival. Typically, Jewish children and families participate in a game using a dreidl made of wood or clay. However, because this dreidl is made of silver, it is likely that it was used for decoration rather than for play.

Playing with the dreidl is very simple and everyone is invited to join in. The game requires at least two players in order to begin. Each player should have about fifteen game pieces, which can be anything from coins to candy and other treats. In order to decide the order, each player takes a turn spinning the dreidl. Whoever spins the highest number goes first. The game begins with each player placing one game piece into the ‘pot’ or centre. Everyone takes turns spinning the dreidl and depending on which side the dreidl lands, the player will either take from or put pieces into the pot. This is determined by which side the dreidl lands on, with nun meaning take nothing, gimmel meaning take everything, hay meaning take half, and shin meaning put a piece in. Whenever the pot is empty or has one piece left, each member must put another piece in. If a player is out of game pieces, then they are out of the game. When one person has won everything, the game is over.