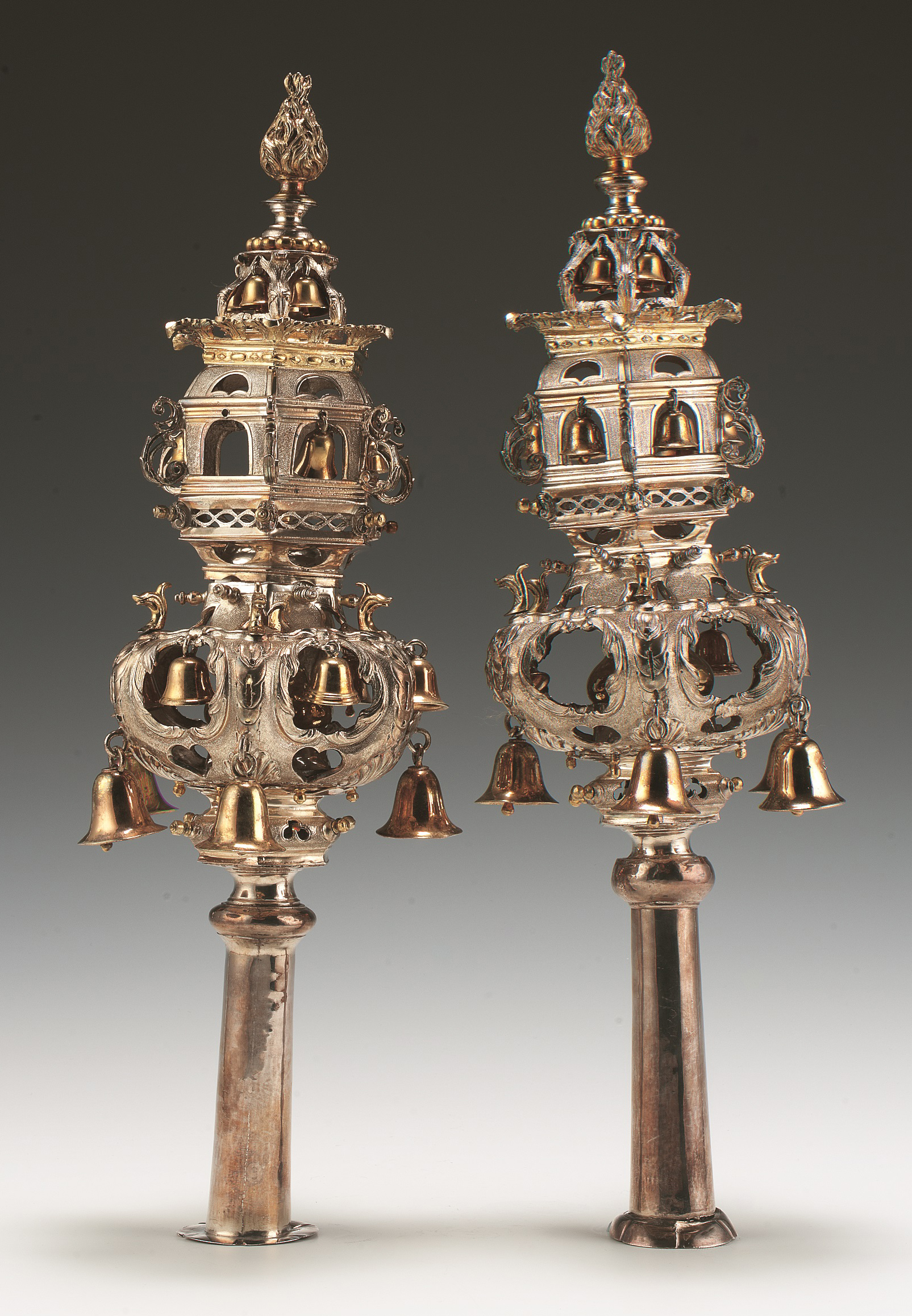 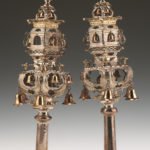 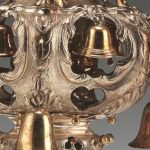 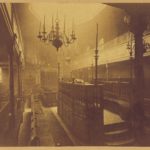 We can see lots of bells hanging off the rimmonim. We can also see a pineapple at the top of each rimmonim.

This pair of silver rimmonim was made by an unknown artist in the late 17th century in the Netherlands, probably in Amsterdam. They were used at the Hambro synagogue in London which was founded in 1707.

Rimmonim literally means ‘pomegranates’ in Hebrew. Many rimmonim are styled and shaped to remind Jewish people of pomegranates. Pomegranates are an important symbol in Jewish culture. Pomegranates are said to have 613 seeds, which reminds Jews of the 613 commandments of the Torah. Most rimmonim also have bells on them. Bells are a common symbol in Jewish art and are associated with Aaron, the first High Priest of Judaism. It is said that the High Priest’s robe was adorned with bells and embroidered with pomegranates.