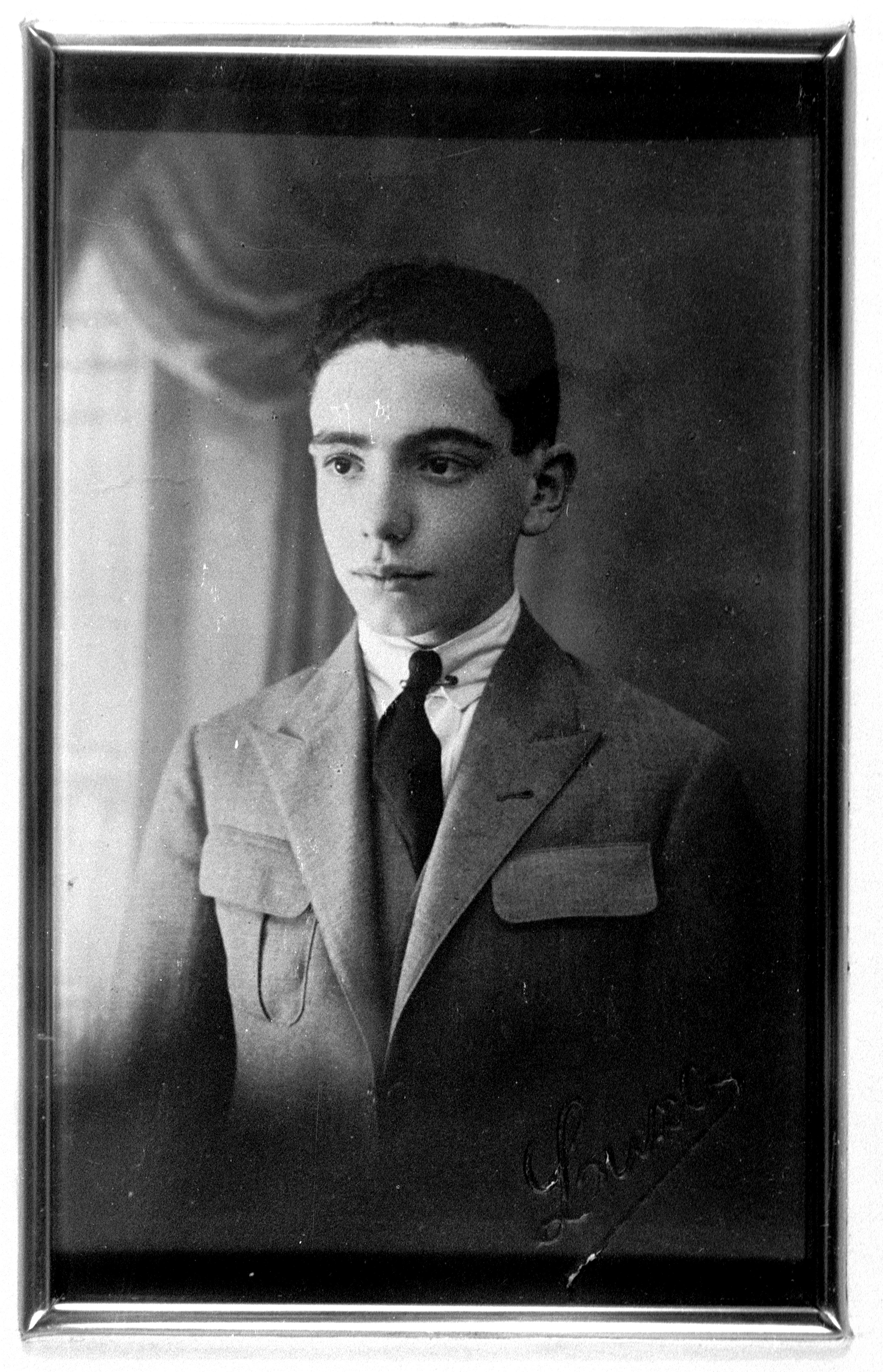 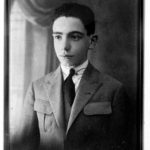 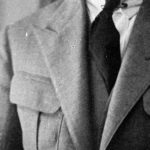 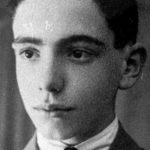 We can see Leon wearing a smart suit and tie.

Look again, what can you see?

Leon Aelion was born in Salonika, Greece, in 1907. Leon’s grandfather was an Observant Orthodox Jew, but his father appeared to be less observant. The family kept Shabbat (Sabbath) every week, but Leon’s father would not go to synagogue. Instead on a Saturday the family often went to relax at the sea. Sunday was an ordinary working day. Leon’s mother was very observant, but did not keep the kosher food laws.

Leon moved with his family to Turkey in 1918. This portrait was taken during his time in Istanbul, at his Bar Mitzvah, the coming of age ceremony for Jewish children. Leon’s Bar Mitzvah was not a large celebration. Leon remembered, ‘It was snowing. We went to synagogue, I read part [of the Torah], I had lunch with my [family], and I got a few presents, that’s about it.’

After 4-5 years in Istanbul, Leon’s family moved to France. Then in 1927, Leon moved to London alone, without knowing the language, and without knowing anybody here. He began working in the carpet business. When he arrived he asked whether there was a Sephardic Jewish community in London. He was told about the Synagogue being built at Holland Park, and became very involved in helping to set up the congregation. Eventually Leon’s family joined him in England, just before the outbreak of WWII.

We might wonder how Leon was feeling on the day? Was his suit new or second-hand?

On display in the Jewish Museum: No

There had been a large Jewish community in Salonika since 1492 when the Jews had been expelled from Spain. The majority of the Jewish people in Salonika were of Sephardi background, meaning that they originally came from Spain. Leon grew up in a majority Jewish neighbourhood, there were about 40 – 50 synagogues in the area and most of the children at his school were Jewish. Leon’s family spoke Spanish at home, he spoke French in school, and spoke he Greek and Turkish as well. Some Jewish people also spoke Ladino, a dialect which is a fusion of Hebrew and Spanish.

Leon has many memories of celebrating various Jewish festivals in Salonkia. After synagogue services there would always be a Kiddush, where blessings are said over wine and food. Leon remembers that there would always be some form of fish at the Kiddush since Salonika was by the seaside. He noted that there would often be a form of Turkish Meze, different small dishes, at the Kiddush as well. For Passover, the Aelion family would have a Seder Plate for all the symbolic foods, and would always eat a type of brown eggs cooked very slowly called Heuvos Haminados as part of the traditional Seder meal.

The Greeks took control of Salonika from the Ottoman Empire in 1912-1913. This made a lot of Jewish people emigrate from Salonika to the United States, to Brazil, the U.K. and France.