The Meeting of Rachel and Jacob

Home » Assets » The Meeting of Rachel and Jacob 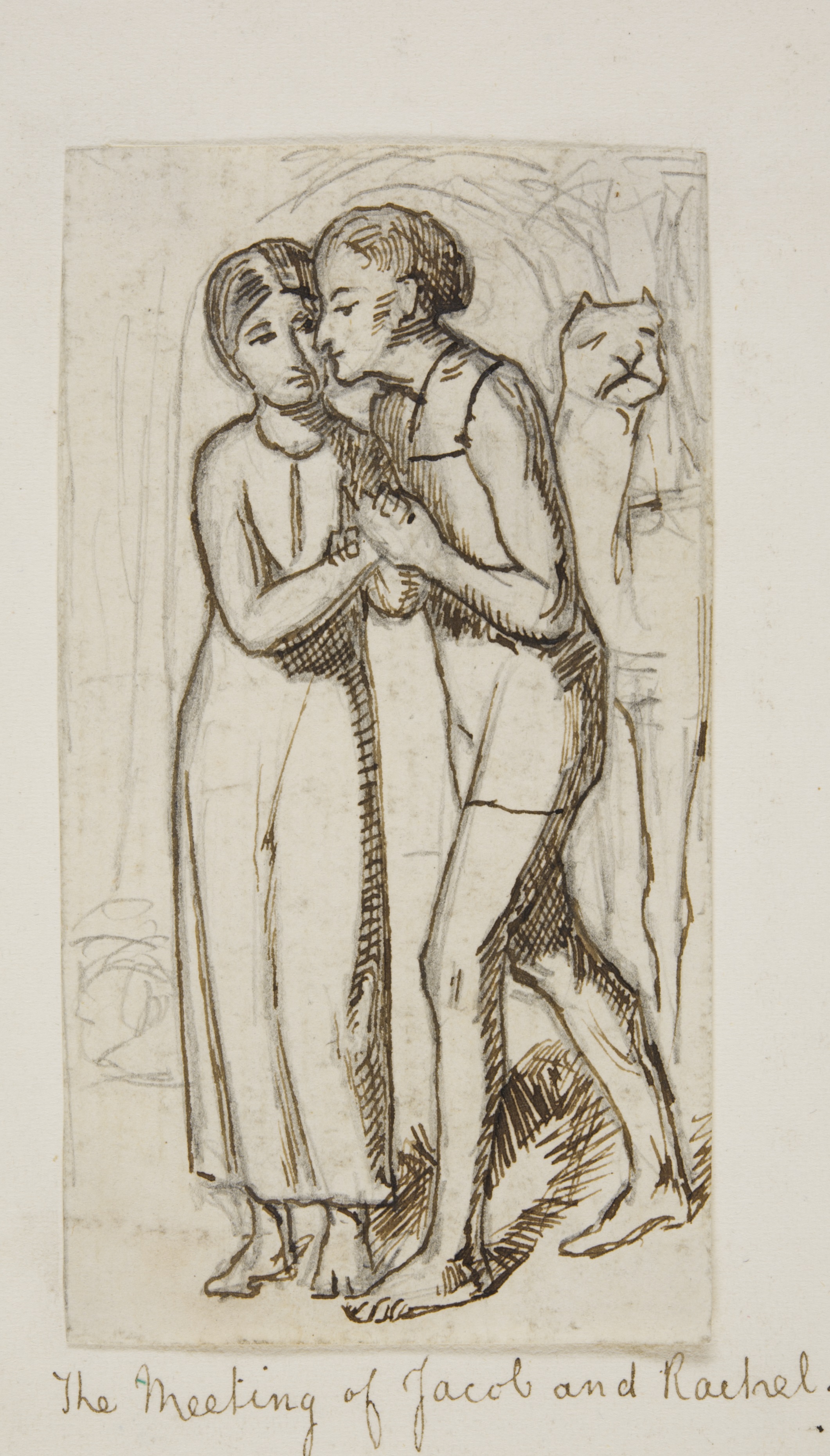 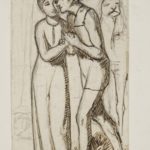 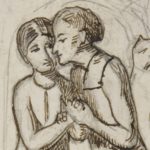 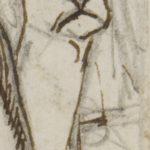 This is a drawing of Jacob and his wife Rachel walking while holding hands in a forest. Look closely at their hands. Jacob is holding Rachel’s hands tightly, perhaps as a sign of his affection for her. The Torah describes Jacob’s dramatic reaction when he met Rachel, weeping and kissing her.

Notice the animal at the background of the picture. What do you think it is? It could be a camel ridden by Jacob when he fled from his older brother Esau.

Look closely at how Rachel is represented. The Torah describes Rachel’s beautiful feature and complexion.

We might wonder how long it took to draw this image? We might also wonder who this image was drawn for?

Name: The Meeting of Jacob and Rachel

Rachel, daughter of Laban, was the favourite wife of her cousin Jacob. Rachel met Jacob when he was fleeing from his brother Esau. Jacob’s father had been tricked into giving Jacob the blessing intended for Esau, and so Esau vowed to kill him. Jacob was forced to flee to live with his uncle Laban. When he was approaching a town, Jacob passed some shepherds at a well and asked them if they knew his uncle Laban. They told him that Rachel, Laban’s daughter, was just coming with the flock of sheep. When Jacob saw Rachel, he told her of their kinship, wept and kissed her.

Over the following weeks, Jacob fell in love with Rachel and agreed to work for Laban for seven years in return for her hand in marriage. However, at the wedding, Laban substituted Rachel for her older sister Leah. Rachel did not protest in order to save her sister from humiliation. Laban agreed that Jacob could marry Rachel as well in return for another seven years of work. The two sisters had a complex relationship because they were both married to Jacob.

After marrying Jacob, Rachel was unable to have children for many years. Eventually, however, she gave birth to Joseph and Benjamin. It was Rachel who pleaded with God to have mercy on her children.