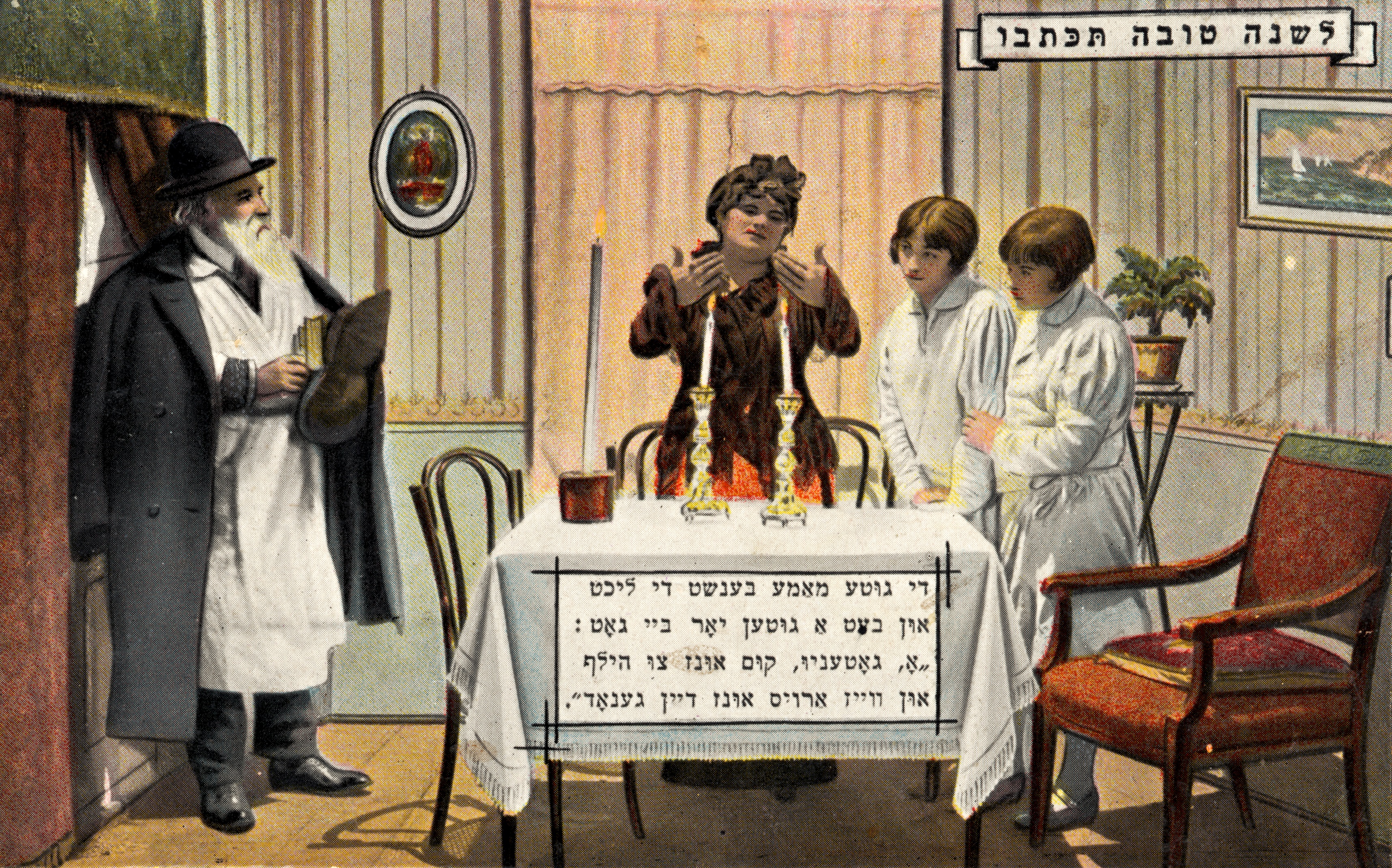 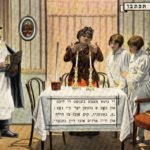 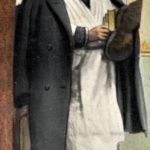 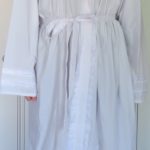 We can see a family gathered as the mother lights the festival candles. We can see the father dressed in a white robe, and the two daughters are also dressed in white. There is Yiddish in the centre of the card and Hebrew in the top right corner.

A kittel is a white robe, usually made of cotton, which traditionally a Jewish man wears first on this wedding day, and after on certain Jewish holidays such as Rosh Hashanah, Yom Kippur and Passover, and ultimately as a burial shroud. Kittels are worn by Orthodox men and sometimes by Conservative or Reform men and women if they choose. The reason many grooms wear a kittel on their wedding day is to symbolise purity and it is also felt to signify unity with the bride (who also wears white). Another reason it is worn at the wedding is because it has no pockets, showing that the couple is marrying for love, not for material possessions.

Traditionally Jewish men and women are buried in a kittel. As a burial shroud, the kittel provides a simple outfit that shows equality for all in death to show that there is ultimately no difference between the rich and poor. Because Jewish law dictates that the dead are buried without anything else in the coffin other than simple clothes, a kittel has no pockets.

As you can see in the photo, kittels are still worn today.

Written on this New Year’s greeting card is “L’shanah tovah tikatev” which means “May it be written that you have a good year”. According to Jewish tradition, on Rosh Hashanah God decides whether to write our names into the Book of Life based on the decisions we have made in the past year.

The poem on the tablecloth, translated from Yiddish, says:

The good mother blesses the candles

And asks God for a good year:

And show us your mercy.”

This card was printed in Germany in the 1920s. From the late 19th century, the sending of New-Year’s greeting-cards was very common.