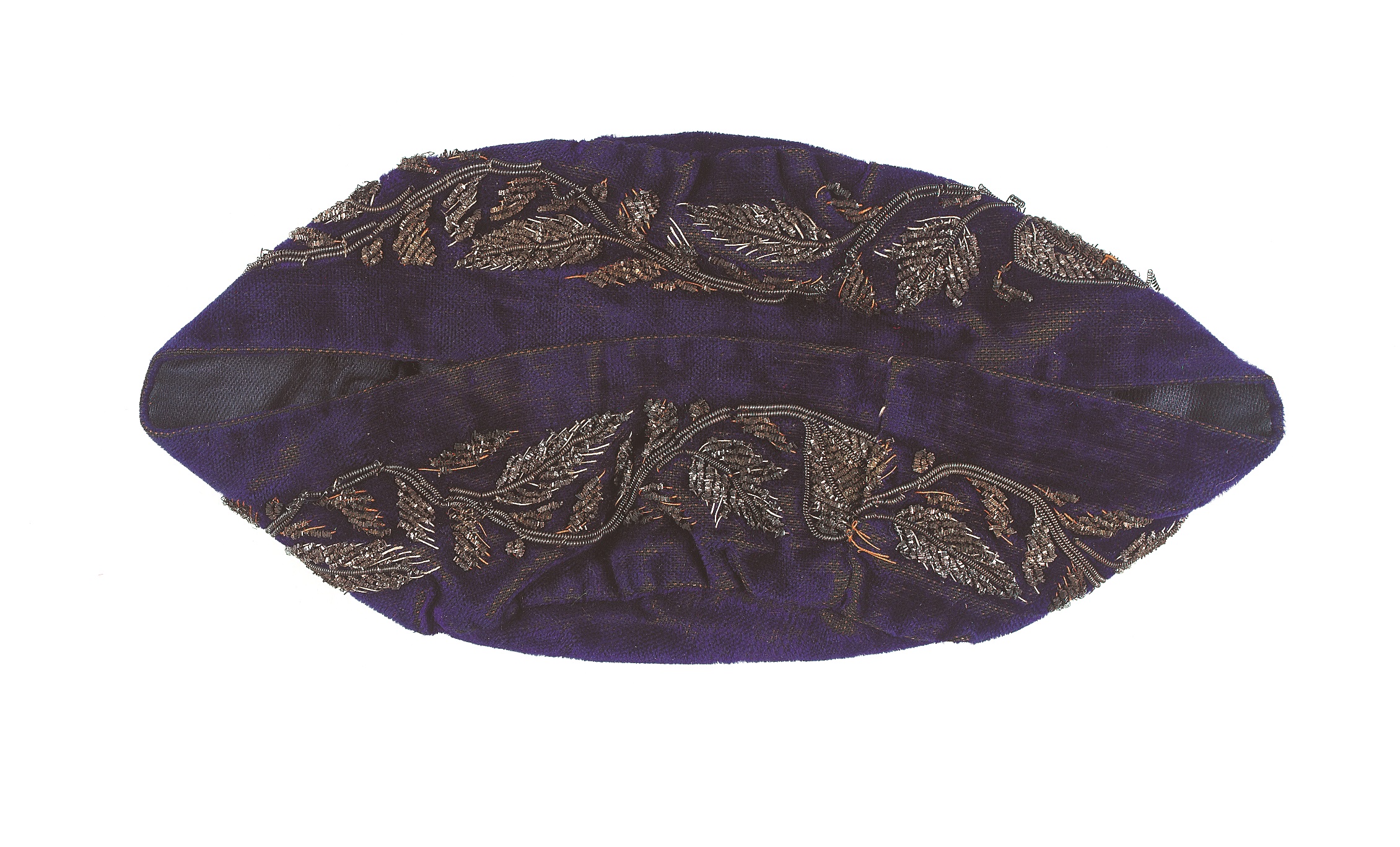 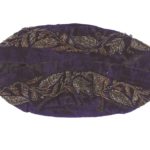 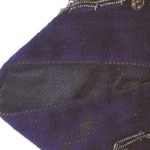 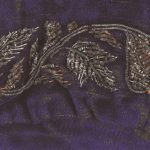 I can see it is made out of blue velvet cloth. It seems to be a head covering with embroidered gold leaves, over a velvet base and has a black inside.

The word kippah means ‘dome’ in Hebrew, which reflects that kippot usually have a curved shape. The kippah is traditionally worn by Jewish men but in some streams of Judaism both men and women wear kippot (kippah in plural). Jewish people may wear the kippah because of the line in the Shulchan Aruch (a code of Jewish Law) which says “it is forbidden to walk four cubits without a head covering.” For many Jews wearing a kippah is part of showing respect to God, but can also be a way to show your Jewish identity and something about your interests as kippot can be decorated in many different ways, including with football team logos or with Pride colours. Some Jewish people wear a kippah if there is a special occasion or during prayer, however some Jewish people wear the kippah all the time.

The leaf decorations may be related to the story of God making the world in the Torah and the plants which were made on the third day of creation.

Who made it? Who owned this kippah? How did this Kippah come to Britain?

On display at Jewish Museum? No

This object is from the 19th century and it is in an Indian Baghdadi style, which was made in Calcutta. During this era, the velvet material would have been expensive due to only a few major cities being able to produce it, as it is a raw material and they would have needed specialised looms and skilled artists to create it. Calcutta also had a Jewish community in the 19th century, who came from Middle Eastern countries to India, through trade. Some of the Baghdadi Jewish community came to India during the British Raj and some came from Middle Eastern countries including Iraq, Iran and Syria.