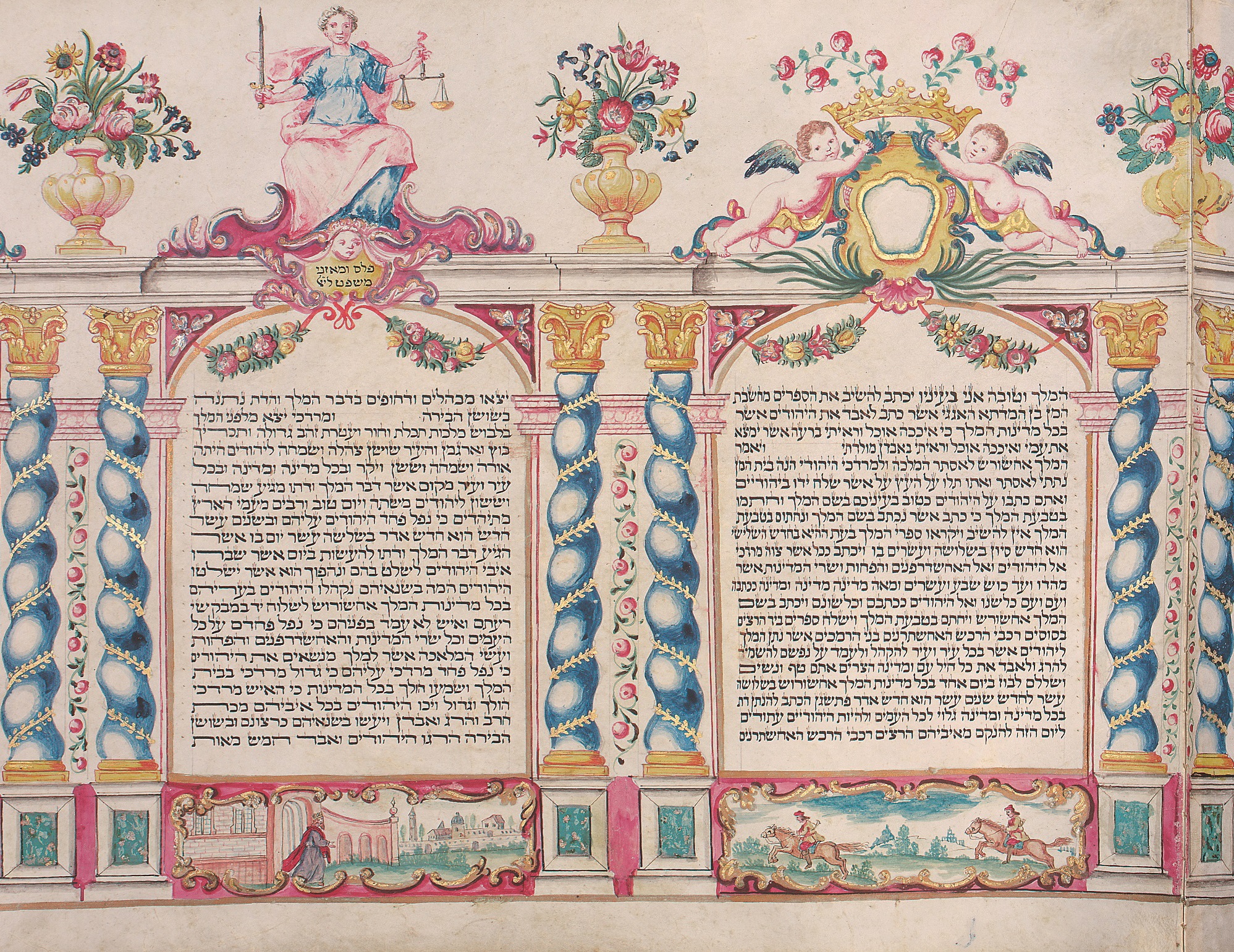 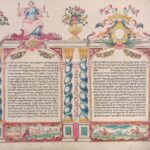 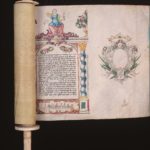 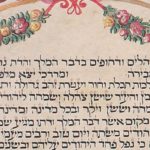 We can see some Hebrew writing in columns. Above one column of text we can see the figure of Justice holding some scales.

This megillah was made in the 18th century by an unknown artist. The Rococo style of the illustrations and decorations suggests that it comes from Northern Italy. This megillah belongs to a group including six other megillot, similarly decorated, which are held in various collections around the world.

This megillah contains 17 columns of Hebrew text written between arches decorated with garlands and surrounded on either side by twisted columns.

At the top of one column of text is the figure of Justice. This type of image is called an allegorical figure which is an image of a person who symbolises an idea. In this case, the figure of Justice sits atop the part of the story which describes how justice was served.

The small illustrated scenes below the text depict different parts of the story. In the scene on the left, King Ahasuerus is walking outside his palace. The scene on the right depicts riders on horseback.

On display in the Jewish Museum?  Yes

Megillah, or megillot in the plural form, is the Hebrew word for the scroll on which the biblical Book of Esther is traditionally written. The Book of Esther tells the story of the festival of Purim.

Purim is celebrated on the 14th day of the Hebrew month of Adar, which occurs in the early spring. Jewish people celebrate the joyful story of Purim with elements similar to carnival. It is traditional for Jews to dress up in costume, perform plays, listen to music, and dance. Dressing up in costume is symbolic of the fact that even though God’s name is not mentioned once in the Purim story, God is still present. God is present, but hidden in the story. This is why Jewish people dress up on Purim, to hide themselves to symbolise how God is hidden in the Purim story.