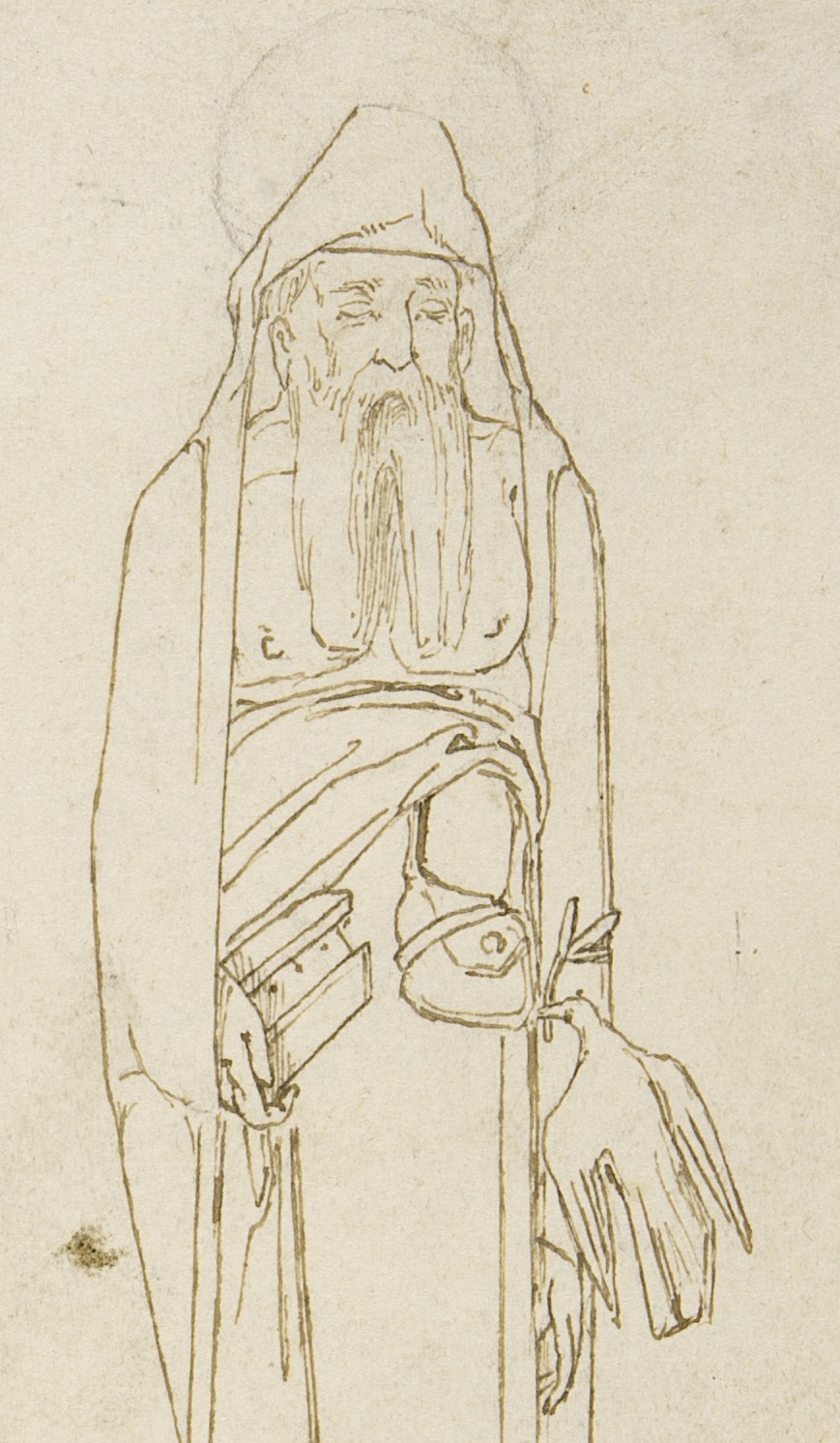 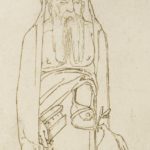 We can see a drawing of an old man . Attached to his waist, we can see a dove with a branch in his mouth. At the bottom of the image, we can see ‘Noah’ written.

This is a pen and ink drawing of Noah. Look closely, how can you tell that this is a drawing of Noah? In his right hand, there is a model of the ark that Noah built in order to escape the flood sent by God. There is also an image of a dove to. The dove was sent by Noah to look for dry land.  The dove returned with an olive leaf in its mouth, which was a sign that the floods had nearly disappeared.

Look closely at Noah’s long beard and hair – does he look old? According to the Torah, Noah died when he was 950 years old!

According to the Book of Genesis, Noah was the most righteous man of his time, unlike the other wicked and corrupt inhabitants of the earth. God decided to send a flood to destroy all of humanity except Noah. Noah was instructed to build an ark in which he and his family and the males and females of every kind of animals would survive. The Torah states that it took him 120 years to build the ark.

The rain began to fall on the 17th day of the second month, when Noah was 600 years old.  Noah, his family, and all the living things that he had chosen went into the ark. The rain continued for 40 days and the flood covered the peaks of the highest mountains and destroyed all living things. Noah and his children prayed constantly, and after seven months the Ark came to rest upon the mountains of Ararat. Gradually the water began to dry out, and on the first day of the tenth month the peaks of the mountains could be seen again. After waiting forty days, Noah sent out a raven from the Ark, but the bird returned to the Ark to be fed. Noah then sent out another bird, a dove, but the dove returned to the Ark. After seven days it was again sent out, and this time returned with a fresh olive leaf in its mouth. This was a sign that the earth was almost free from the flood. After another seven days, the dove was sent out again and did not return. This was a sign that the ground was now perfectly dry.

God blessed Noah and his sons with the same blessing He had given Adam and Eve, giving them power over all living creatures and now allowing them to use meat for food. God promised not to destroy the earth again, and set out a series of commandments known as the Noahide Laws. These Laws forbade murder, established Courts of Justice, and prohibited blasphemy, indecency, idolatry and stealing. As a sign of the covenant with Noah, God made a rainbow as a symbol to show that the earth and mankind would never again be destroyed.