Design your own Megillah

Home » Assets » Design your own Megillah 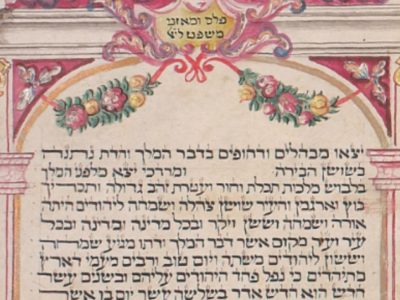 Megillah is the Hebrew word for the scroll on which the biblical Book of Esther is traditionally written. The Book of Esther tells the story of the festival of Purim. The story of Purim took place 2,400 years ago. It tells the story of how Queen Esther and her cousin Mordecai saved the Jewish people from persecution by Haman. Purim is celebrated on the 14th day of the Hebrew month of Adar, which occurs in the early spring. Jewish people celebrate the joyful story of Purim with elements similar to carnival. It is traditional for Jews to dress up in costume, perform plays, listen to music, and dance. Create your own story to tell through words and pictures by downloading this resource to create your own megillah scroll.

Design your own Megillah