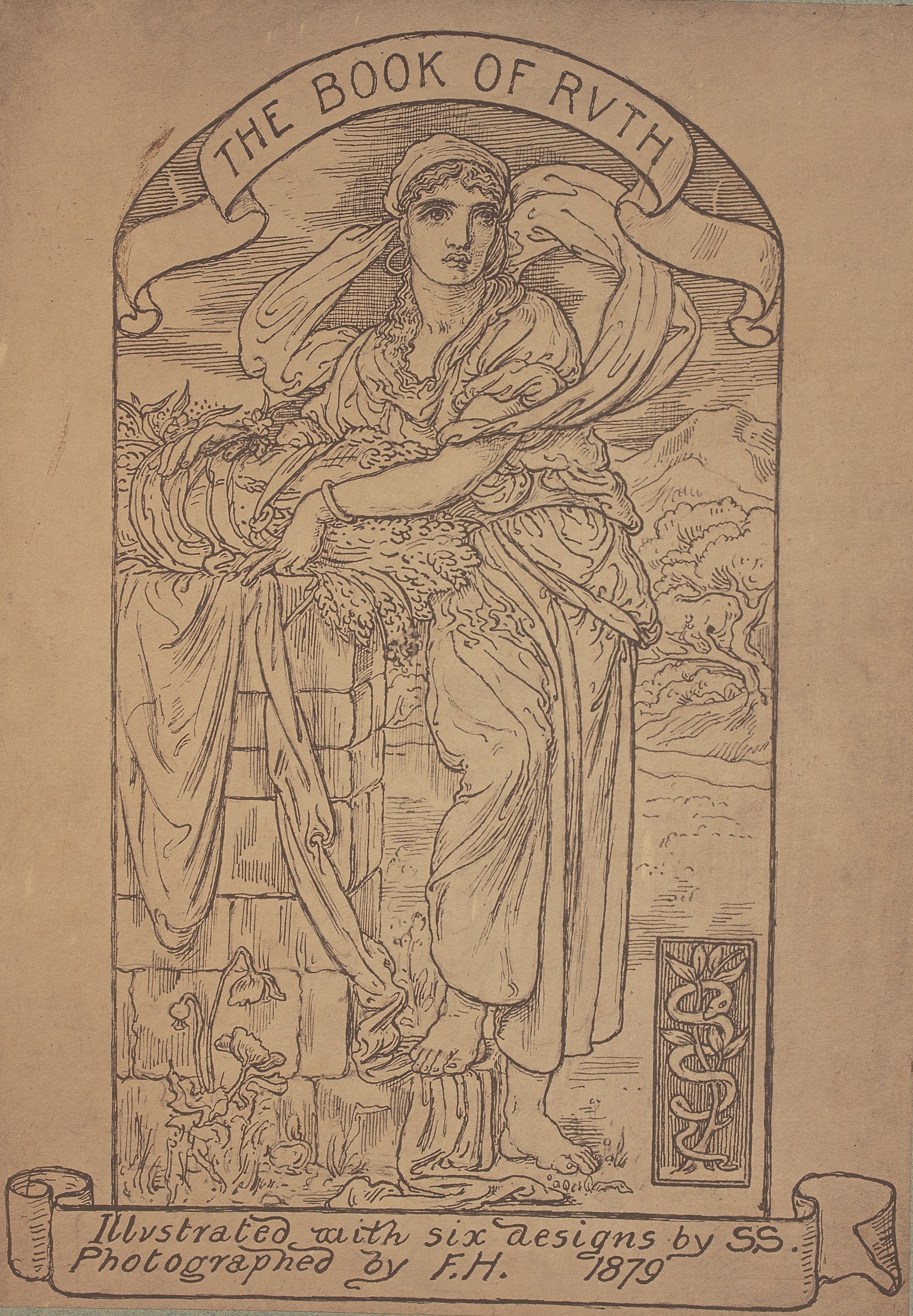 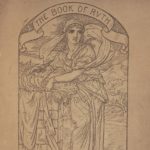 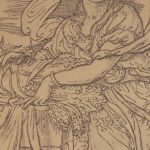 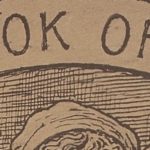 We can see an image of a woman holding a bunch of grain. Above the image reads ‘The Book of Ruth.’

The Book of Ruth is part of the Tanakh (Hebrew Bible) from the section known as Ketuvim or Writings. It tells the story of Ruth who is seen traditionally as the first convert to Judaism. The story tells of the great sacrifices Ruth made to become part of the Jewish people. The Book of Ruth is read aloud in synagogue on the festival of Shavuot as an example of Ruth’s commitment to Judaism. The Ten Commandments are also read aloud at this time.

Shavuot celebrates the giving of the Ten Commandments and the Torah at Mount Sinai. The festival marks the end of the seven week period of counting the Omer Calendar which begins during the festival of Passover.

A large part of Ruth’s story occurs during the harvest. Look closely to see how Ruth is holding some of the grain she collected.

We might wonder how many pages would have originally been in this book? We then might wonder, how heavy the book would be?

Ruth is traditionally viewed as being the first convert to Judaism. Naomi was an Israelite woman who had been living in the country of Moab. When her husband and two sons died, Naomi decided to return to her hometown of Bethlehem. Her two daughters in law, also now widows, were Ruth and Orpah. Ruth and Orpah were Moabites, not Israelites, and initially Naomi assumed that because of this, neither woman would want to accompany her back to Bethlehem. Orpah decided to stay in Moab, but Ruth decided to accompany Naomi back to Bethlehem, saying “Where you go, I will go; where you lodge, I will lodge; your people shall be my people and your God my God” (Ruth 1:16-17). Although there was no ritual conversion as there is today, Ruth is identified as the first person to choose to become part of the Jewish faith.

Ruth and Boaz eventually married and their decedents became famous in Jewish history. Their great grandson was King David.