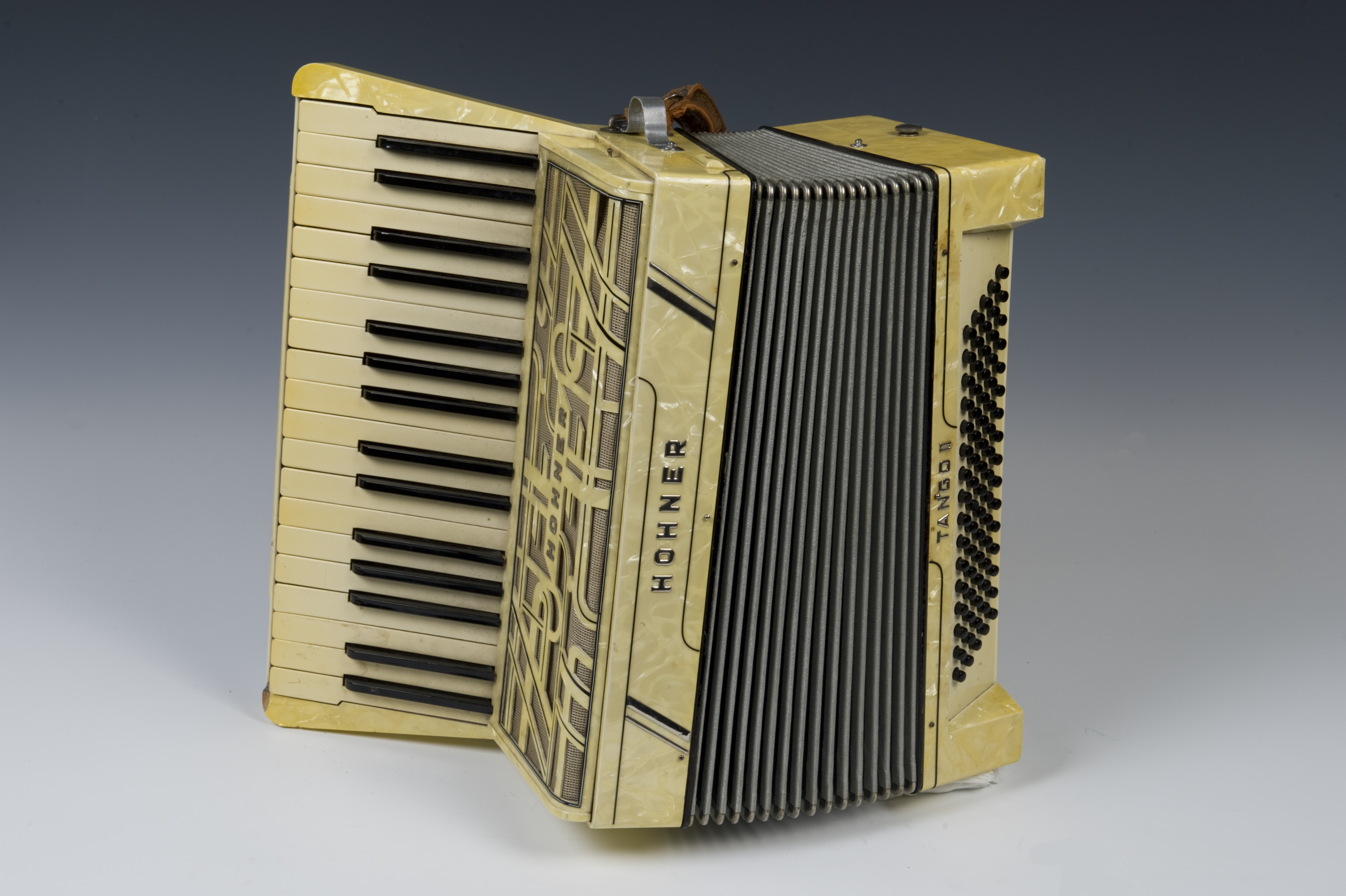 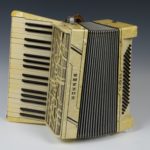 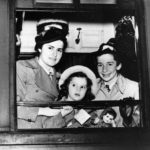 We can see lots of keys similar to those on a piano. We can also see the word ‘HOHNER’ written across the front of the accordion.

Maria Beate Siegel (now Bea Green) was born in Munich, Germany in 1925. This accordion was a gift for her 10th birthday. Bea’s mother was an artist and her father was an attorney. She had an older brother Hans Peter (Hugh Peter Sinclair).

When Hitler and the Nazi’s came to power in 1933 life became very difficult for Bea and her family. She vividly remembers an antisemitic attack on her father that same year. Bea remained in Munich until June 1939, when she joined a Kindertransport to England. She was 14 years old. Usually, children were allowed to bring only one suitcase with them on the Kindertransport, but Bea’s mum had found out that the instructions said nothing about unaccompanied luggage, so she sent two additional suitcases and the box with the accordion with her daughter to England.

Once she arrived in England, Bea was taken in (along with another refugee child) by the Williams family. First by the elderly Mrs. Williams, and after her death in 1940, by her son Col. Ainslie Williams and his wife Hilda, whom she called aunt and auntie. The elder Mrs. Williams had left a trust fund to finance the education of the two refugee children. Bea continued to play the accordion, but she didn’t like her new teacher and when she was evacuated after a bomb hit her boarding school in Seven Oaks she virtually stopped playing.

Bea continued to live with the Williams family until enrolling in university in 1942. She took the accordion with her to University College London and she remembers performing with the university at a concert in Aberystwyth. One of Bea’s favourite songs to play was: ‘Ich steh auf der Brücke und spuck in de Khan, da freut sich die Spucke, dass sie Khan fahren kann’ (‘I am standing on the bridge and spit in the ship, so the spittle enjoys traveling in the ship’). To play the accordion you slip your arms through the straps and place it in front of your chest with the keys facing away from you. You press the piano keys, buttons and pull the bellows to make a sound.

Bea was reunited with her parents after the war but made her life in England. She got later got married and now has three sons and five grandchildren.

The ‘Kindertransport’ (1938 – 1939) was a rescue mission of 10,000 unaccompanied Jewish children, who were fleeing the persecution of Jews in Nazi Germany and Austria, who were brought to Britain. When Adolf Hitler and the Nazi party came to power in 1933, Jewish people were openly singled out from the very start. On the 9th of November 1938, the Nazis staged a ‘spontaneous’ violent attack against Jewish people and their property in Greater Germany. This event became known as the ‘Kristallnacht’ (the Night of Broken Glass). After this shocking day, Britain agreed to take in Jewish children. The children journeyed by train and boat before arriving at Liverpool Street station. Children were then taken in by British families and foster homes or lived in hostels or on farms. Some of them were reunited with their families after the end of WW2, but most children never saw their parents again.