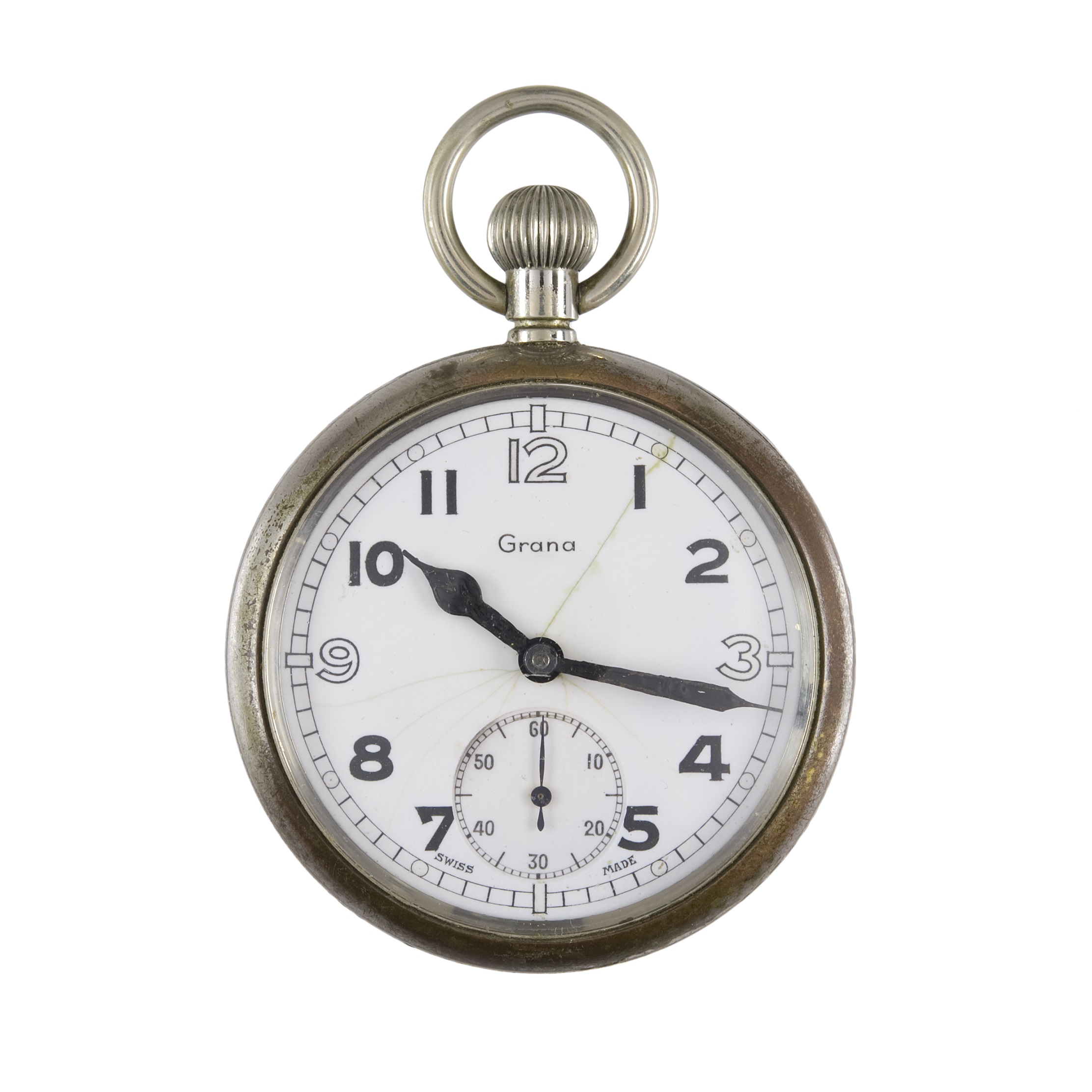 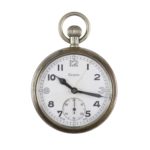 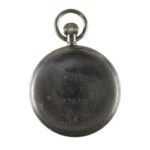 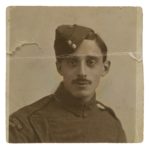 A silver pocket watch Anne Mendoza-Ross gave to her uncle Henry Mendoza. Henry Mendoza had served in the Royal Flying Corps during the First World War.

Anne was born in 1919 and during the Second World War she served as a typist at Bletchley Park. Her speed of typing was well known and colleagues would come and watch her work as it was so impressive. For instance she could type up to 80 words per minute. Anne would type up codes, but she found it challenging to transcribe things that made no sense. However everyone was discouraged from asking any questions about what they meant. Instead they sent on the codes to be decrypted elsewhere.

The large volume of work meant that the limited number of staff were very stretched. As a result she got one long weekend off every month and one week every three months. In addition she sometimes had to be on duty for 24 hours. Anne progressed to managing all the women in her hut, 60 women in total across three shifts.

Anne had Jewish colleagues at Bletchley Pack. She particularly admired Walter Ettinghausen who did not work on Shabbat. She described him as a ‘great and a wonderful representative of Jewish Life’. After the war, when her service ended, she returned to Southend where she had grown up.