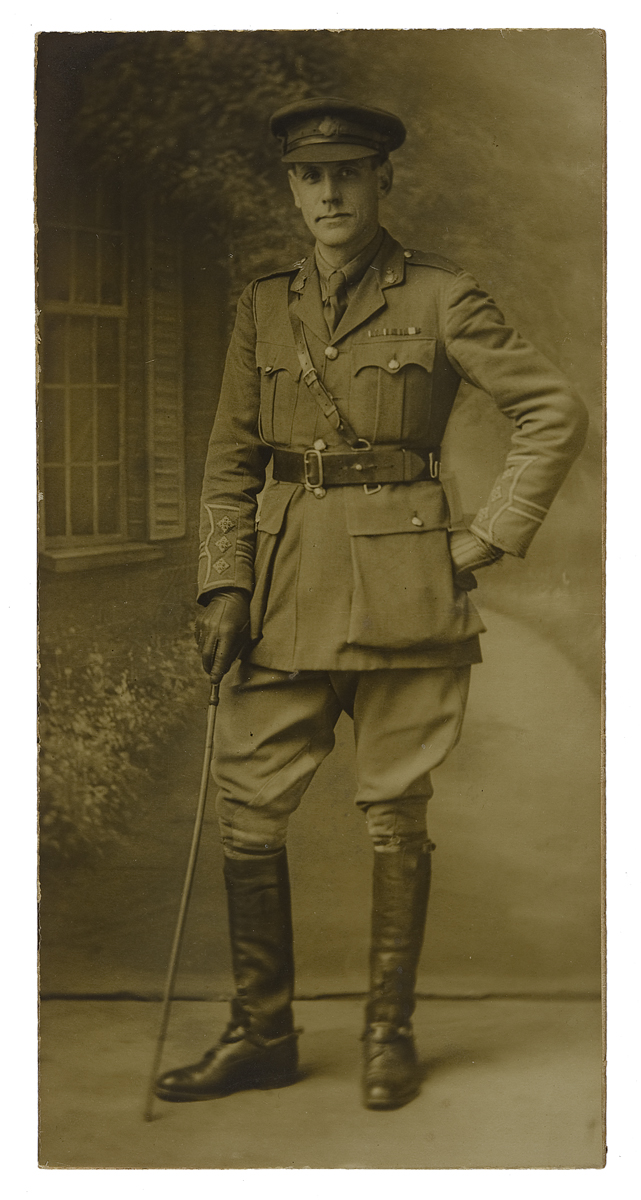 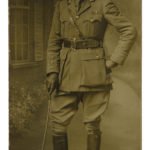 This is a black and white photograph of Joseph Friend, who fought with the Sussex Yeomanry during the First World War. He first served in the Boer War in 1902, at approximately 20 years old. In the First World War, he was enrolled in the Sussex Yeomanry. He served in Egypt and Salonika, gaining a promotion to captain. The photo was presumably taken around this time. Details about his life are rather unclear, but we do know that Friend married a woman from Leeds in 1915, and spent some time living in Hendon. When the Second World War broke out, Friend enrolled in the RAF Volunteer Reserve, serving as a pilot officer, but died in action early in 1941, at 58 years old.