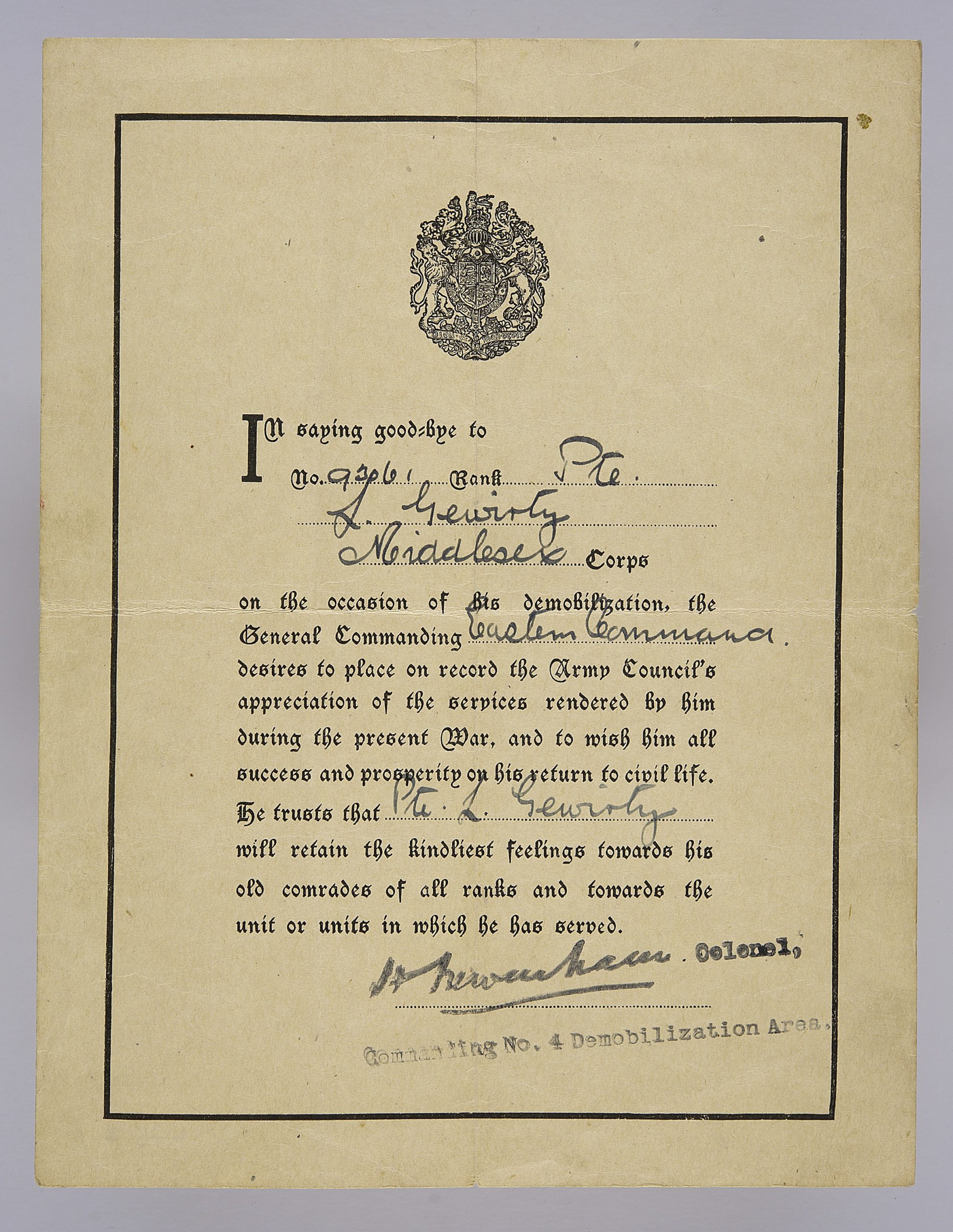 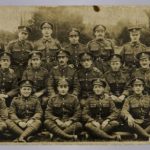 Certificate presented to Lewis Gewirtz (later called George Louis) on his demobilisation at the end of the First World War in appreciation of services he rendered during the war.  He served in the 5th Labour battalion of the Middlesex Regiment.

Lewis (1899-1942) was the son of immigrants from Austria, born in London.  He married Leah Levine in 1926 and they had two sons. Sometime after their marriage the family moved to Leicester.  Sadly he died of a brain tumour at the age of 43.

During the First World War Lewis served as a private, regiment no. G/93061 in 5th Labour Battalion of the Middlesex Regiment.  The battalion was based mainly at Chatham and Gillingham, where it was part of the Thames and Medway Garrison.  It was feared that the Germans might attempt to invade Kent and the Thames Estuary, where there were military ports at Sheerness and Chatham.   In 1916 the Middlesex Regiment formed two labour battalions, 30th and 31st, manned by recruits who were naturalised British citizens of enemy alien parentage, mainly with German backgrounds. In the photograph Lewis is shown with his regiment. He is in the front row, 3rd from the left.