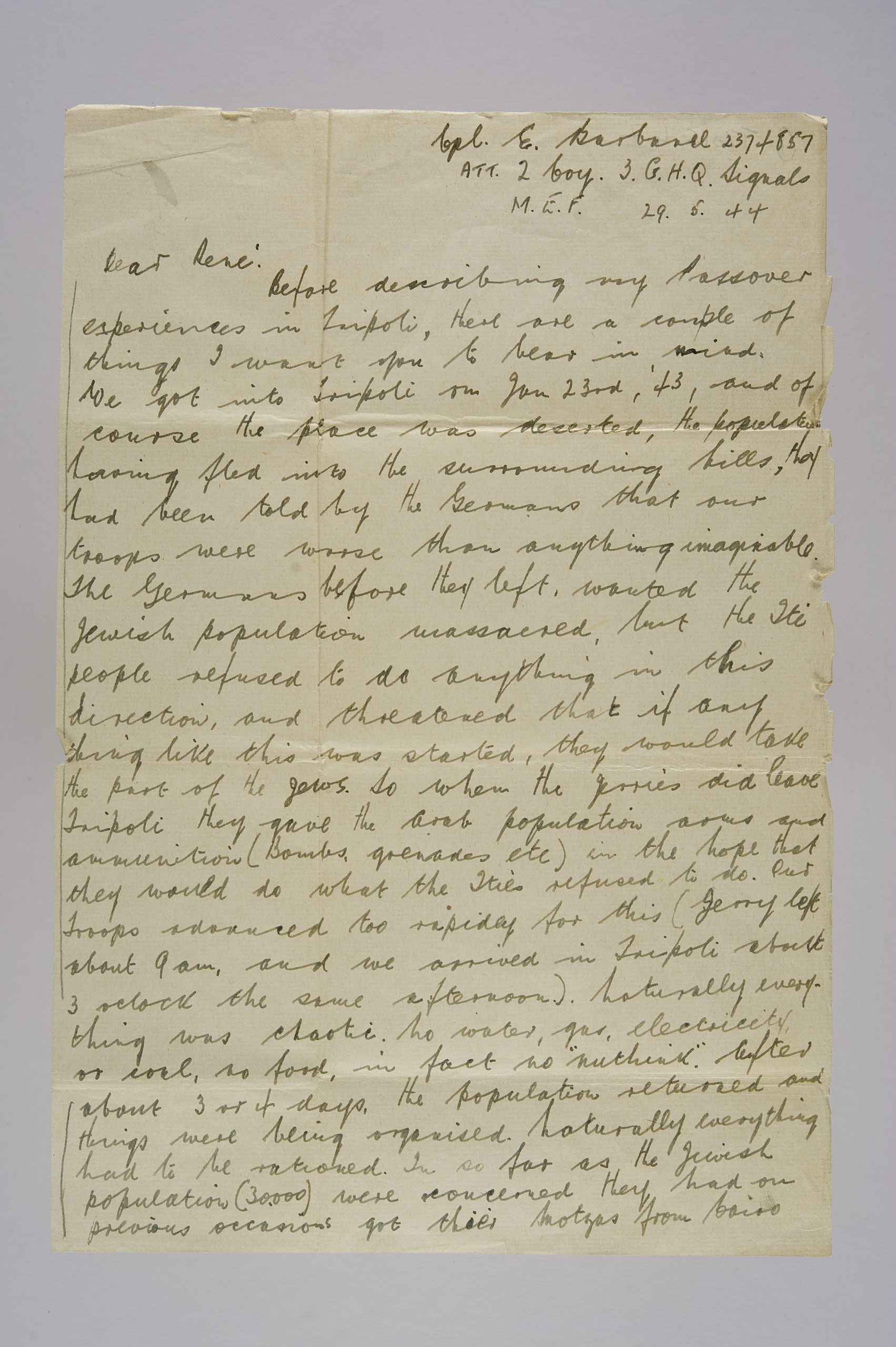 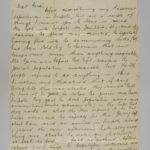 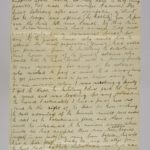 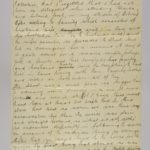 A handwritten letter from Sgt Emanuel Barbanel to Rene, a young friend of the family. Emmanuel, or Manny, served with the 8th Army in North Africa. In this letter he says that his unit arrived in Tripoli on 23 January 1943 and he describes celebrating Passover. He writes that the civilian Jewish population had asked the military for permission to host any Jewish soldiers who would like to join a family Seder meal. He took up this offer, along with two other Jewish soldiers in his unit.

The man who invited them to him home could speak no English or Yiddish. In addition he and his friends could not speak Italian so the conversation was in Hebrew. In his letter Emanuel wishes he had ‘no been so delinquent’ in his Hebrew lessons. ‘To put it mildly conversation flagged’. They then went to ‘shool’ where there were over 200 people at the service. However he expresses his surprise that there were no women nor any accommodation for them in the synagogue.

After the service they went back to the family home for the Seder meal. He found it extraordinary that despite the shortage of commodities they found enough to celebrate the Seder meal. ‘Wonderful I think’.

He then describes continuing celebrations in Cairo. He became ‘very great friends’ with a Cairo Jewish family when stationed there before. When his unit was moved to Cairo again he was given leave for Passover and celebrated with them. He found their synagogue ‘a lovely place’ and he had ‘not seen any in England to compare with it’. The tunes were new to him and as was the amount of ritual. However he found the Ark so beautiful it was ‘impossible to describe’.