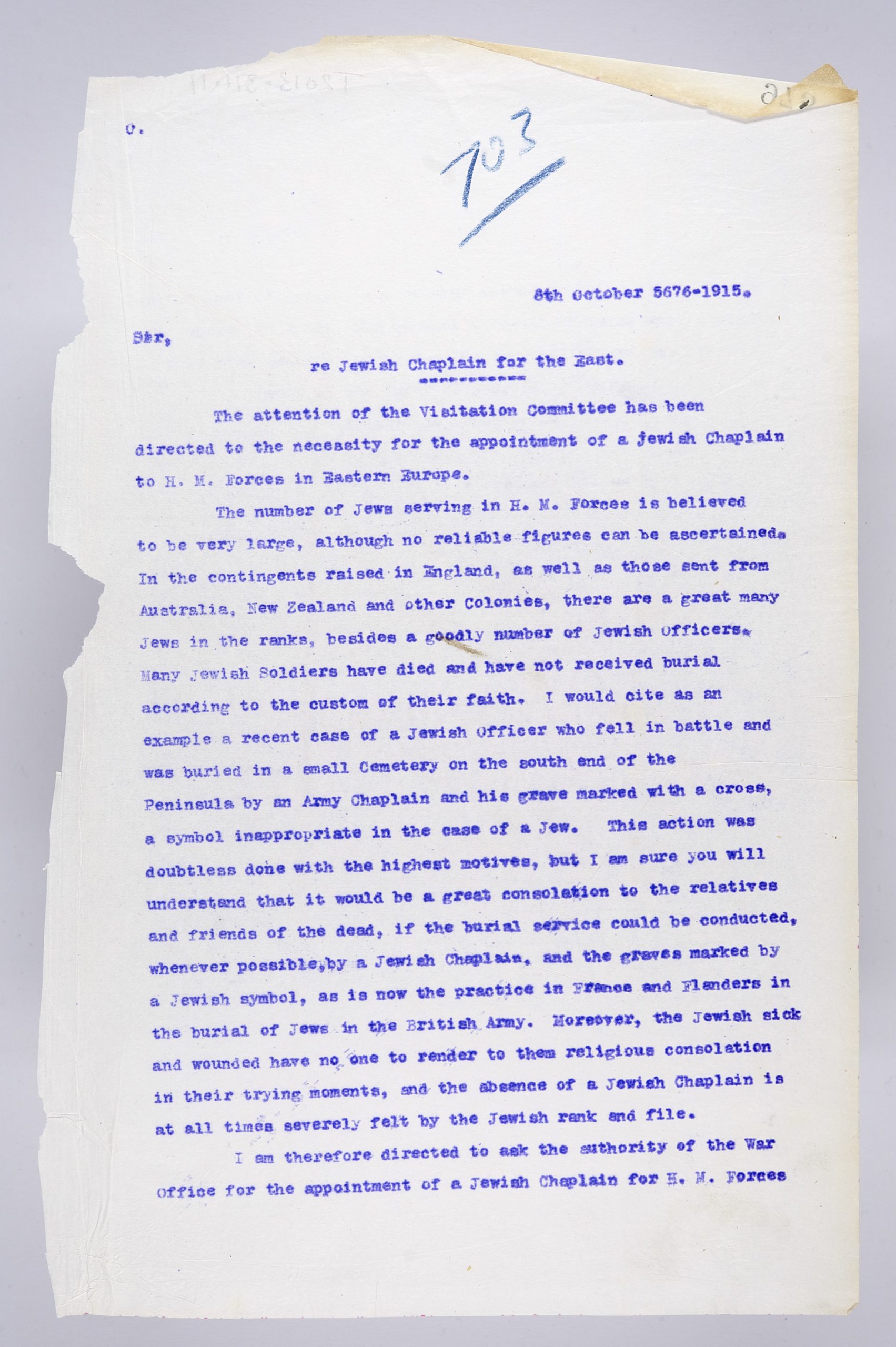 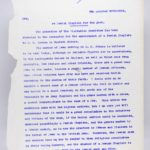 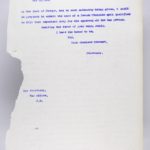 This letter states the necessity for the appointment of a Jewish chaplain to HM forces in Eastern Europe. The letter is occasioned by the fact that although there is a considerable number of Jewish soldiers serving in the East, no provision has been made for Jewish burial. By way of illustration, the letter quotes the example of a Jewish officer who has been laid to rest in a small cemetery “on the south end of the Peninsula” by a (non-Jewish) army chaplain. Further the grave has been marked with a cross. The letter discusses how important is for the mourners that Jewish soldiers who lose their lives in action are buried by a Jewish chaplain, according to Jewish rites and customs and that their graves are marked with an appropriate Jewish symbol as is the case on the Western Front.