For this exhibition, acclaimed photographer Judah Passow embarked on a year-long project examining the rich diversity of contemporary Jewish life around the UK, exploring what it means to be British and Jewish in the 21st century.

“The photographs in Judah Passow’s latest exhibition explore the complex identity of British Jews with the clear-eyed humanity that marked his coverage of world affairs. One of the great photojournalists alive today.”
Linda Grant, Author and Journalist

Passow, a winner of four World Press Photo Awards, has been working as a photojournalist for over thirty years. His work has been published extensively in both national and international press.

With unprecedented access to a wide variety of community organisations, cultural and religious institutions, private homes and personal moments, Passow has created a unique series of direct and unmediated images. These are both inquisitive and compassionate, bringing depth and sensitivity to the complexity of their subject. The resulting photographs are rich in texture and atmosphere, intriguing and compelling.

The exhibition aims to examine those shared values which shape cultural and political identity and create a remarkable sense of community – the commitment to charity, social action and education, the centrality of traditional milestones in Jewish life, the observance of religious holidays and the relationship between professional and family life.

While some of these themes are uniquely Jewish, others – like age, gender and class – are universal. The exhibition invites viewers from all backgrounds to relate to the familiar moments in the photographs and discover how they resonate with their own experience.

No Place Like Home is curated by Shiri Shalmy.

It is produced in partnership with the Pears Foundation, with support from The European Association for Jewish Culture and the Shoresh Trust.

There’s often a gap between how we see ourselves and how we really are. That’s true of us as individuals and it’s true of us collectively. Scan the pages of the Jewish press, for example, and you would reach the glum conclusion that Britain’s Jews are a small, beleaguered community, surrounded by enemies on the outside and driven by discord on the inside.

And yet British-Jewish life hardly feels like that. Instead there is a confidence about the younger generation of British Jews especially which marks quite a contrast with those who went before. While once Jews whispered their identity – their voices literally falling in volume when saying the J-word in a public place – today’s Jews are much more out and proud. Perhaps taking their cue from the gay rights movement or other ethnic minorities, the Jews of 21st century Britain have dispensed with the cultural cringe that made their forebears insist they were merely ‘Englishmen of the Mosaic persuasion.’ They are much less apologetic now. That much is clear in the international success story that is the Limmud festival of Jewish learning; in the Jewish Community Centre for London, now under construction; and in Judah Passow’s glimpse inside a Maccabi League locker room, where his lens lights upon a Hebrew tattoo etched onto the back of one player’s neck.

That is not the gesture of a defensive Jew. Of course, antisemitism is a continuing presence but it does not cast the defining shadow that some might imagine. There is security outside synagogues, making the CST man with an earpiece a constant feature of the Anglo-Jewish landscape, but it is not the central fact of our existence. There is more to our collective life than our enemies, despite what some might tell you.

If not antisemitism, what is the connective tissue that binds British Jews today? Israel plays a bigger part than many on the outside would expect. The Israeli flag turns up frequently in Passow’s pictures, there in the background, often alongside the Union flag, its presence seemingly unremarkable, even natural. That will disappoint those who, for disparate reasons, like to suggest that Jews and Israel are utterly distinct. But it will not surprise anyone who read the 2010 JPR survey which found the connection tight and solid, with more than nine in ten British Jews having visited the country. The simple truth is that British Jews remain bound up with Israel, in a way that distinguishes them even from other Jewish communities around the globe. In the words of Howard Jacobson, the unrivalled laureate of Jewish life in this country, “In Israel, Jews see a version of themselves.” For proof, look no further than that footballer’s tattoo. What word is spelled out in those Hebrew characters but Israel?

Something else characterizes the community of today, a feature that, even if it was also true of the past, was much less readily acknowledged. It is that we are plural. There are many forms of Jewish life, including religious life, on these islands, even if that is not the outward face we present to our fellow Britons. The casual Radio 4 listener, for example, would assume that British Jews all defer to the Chief Rabbi they hear on Thought for the Day, the way Catholics follow the Pope. In fact the Chief Rabbi is the spiritual leader of but one small section of the community: the 62 synagogues affiliated to the United Synagogue, all of them in London. Passow shows there are many more colours in the Anglo-Jewish rainbow, visible in the several female rabbis he depicts here. There are Reform, Liberal and Masorti Jews, as well as lesbian and gay congregations. That’s even before you include the Jews who represent the fastest growing section of our community: the ultra-orthodox of Gateshead and Stamford Hill. A former Chief Rabbi used to advise those planning the Jewish future to pay special attention to the unltra-orthodox, prophesying that they would eventually inherit the keys of Anglo-Jewry’s lead institutions, for they would become the majority. And then there are those Jews who don’t go anywhere near a synagogue to express their Jewishness, choosing instead to stand with other Jews at a klezmer festival or, yes, at a rally against Israel.

So British Jews are strong in their identity, diverse, intertwined with Israel and less consumed by antisemitism than you might think. But there is one last trend which cannot be ignored. We are retreating from the four corners of the British Isles and concentrating ever more in one city, London. There were once thriving Jewish communities in Leicester, Cardiff or Belfast, Liverpool, Birmingham or Glasgow. Passow catches a last glimpse of what remains, but they are disappearing before our eyes. That is why the story of British Jewry in the early 21st century is one of both celebration and loss – just like the Jewish story itself.

Prints of all the exhibition images are available for sale

All prints are made to order by the photographer on an A3 sheet of museum quality fine art paper, using archival inks. 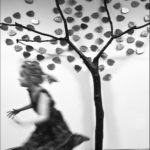 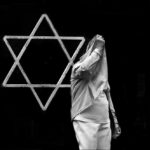 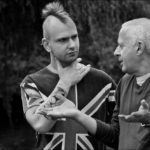 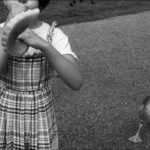 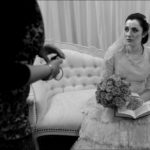 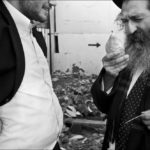 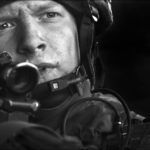 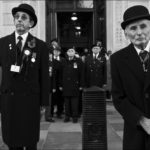 Events in this series

This exhibition will be accompanied by an exciting and wide-ranging programme of events at the Jewish Museum, in Camden Town, including practical workshops, talks and family activities.