Ukraine: Holocaust and Memory – SOLD OUT 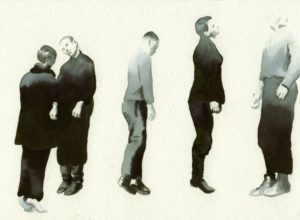 Over a million Jews were murdered during the “Holocaust by bullets” in Nazi-occupied Ukraine. Overall during World War Two, between 8 and 10 million people, including military and civilians, perished on the territory of today's Ukraine, as three occupations swept the country: Soviet, Nazi and Soviet once again. Some Ukrainians collaborated with the Nazis while […]