The lives of remarkable British Jews

Jewish Lives is a project telling the stories of remarkable Jewish men and women who helped to shape British society.

With support from the Kirsh Charitable Foundation, this project takes the form of a six-part book series and interactive digital platform. Each book will focus on the contributions of individual Jews to a different sector.

The first of three volumes – Arts, Public Service and Commerce – are now available with a further three – Thought, Science and Sport – to be released in the near future.

The dedicated digital platform for the project is www.jewishlivesproject.com.

You can purchase these books from our museum shop and online.

The contribution of over 250 Jewish figures to arts and entertainment with biographies of artists, photographers, actors, directors, broadcasters, comedians, musicians, writers, songwriters and performers including: 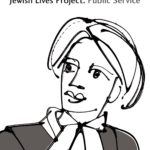 The contribution of Jewish people to British public life be it as a philanthropist, soldier, lawyer, politicians, suffragist or SOE agents who risked their lives during the Second World War: 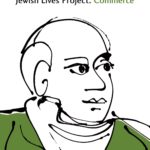 A compilation of extraordinary British Jews’ contribution to the commercial sector including biographies of bankers, businessmen and women, financiers, hoteliers, publishers, industrialists and manufacturers: 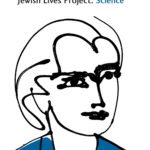 This volume looks at the extraordinary contribution of Jewish scientists, with over 190 biographies of prominent mathematicians, physicists, statisticians, biochemists, sociologists, inventors, surgeons, chemists, astronomers and doctors, including: