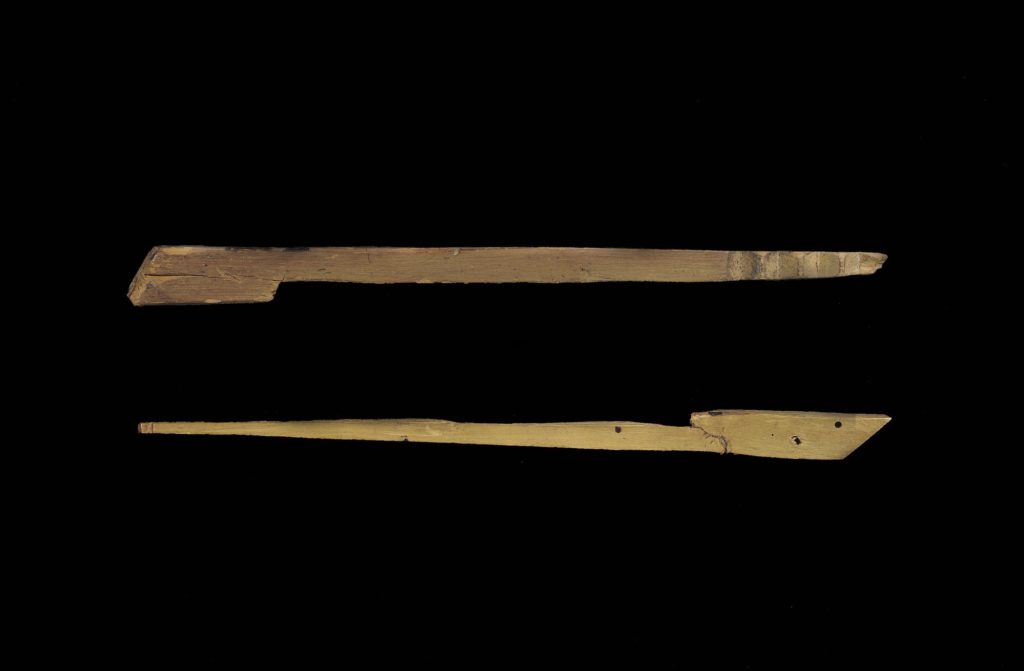 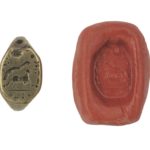 These tally sticks date from the 13th century and relate to the taxation of the medieval Jewish community in England. The first stick shows payment of one shilling by Isaac the butcher, probably relating to the 1241 tax of Gloucester Jews. The stick was notched to indicate the payment and then split into two “receipts”. Payment could be checked by matching them back together.

Jews came to England following the Norman invasion in 1066. The largest community formed in London, but soon people settled elsewhere, building networks of trade. As Jews were not allowed to own land outside towns or join the new craft guilds, many became moneylenders, a role forbidden to Christians. Hostility towards Jews was common. The first blood libel in Europe occurred at Norwich in 1144, and in 1190 the Jewish community of York was destroyed. During the 13th century, Jews began to lose their economic role as the rules against Christian moneylending were relaxed; they were forced to wear a distinguishing badge and were taxed heavily. In 1290, Edward I decreed that all Jews must leave England, the first national expulsion in Europe.