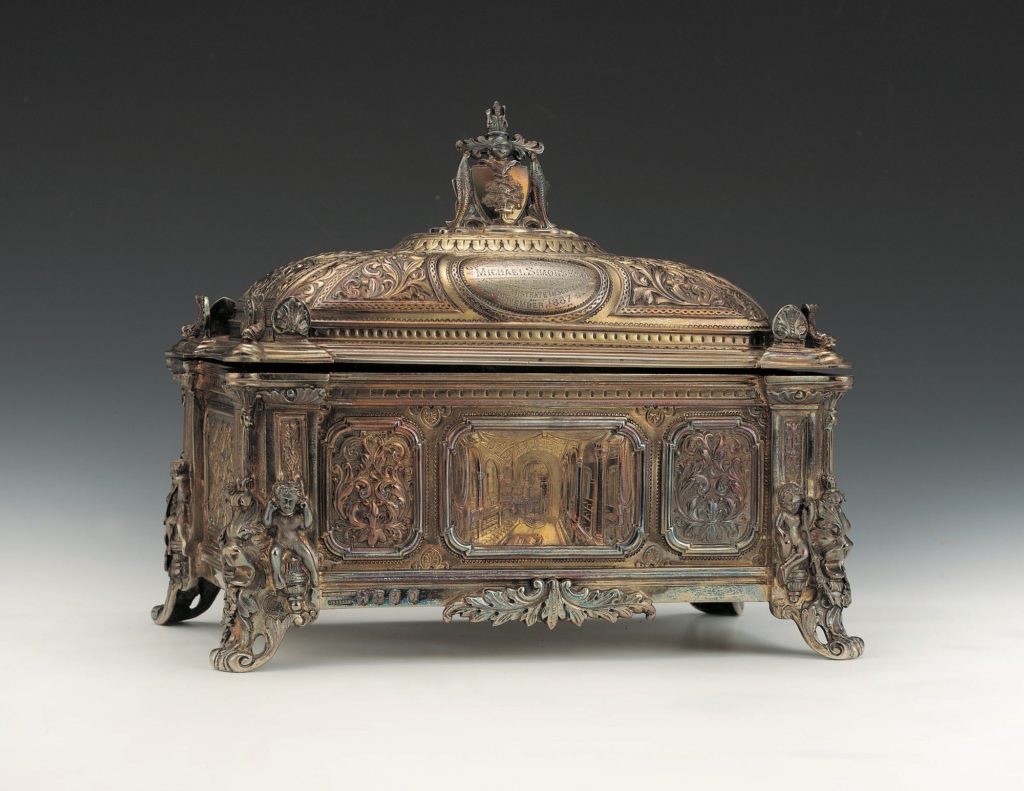 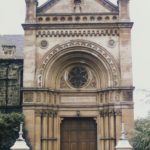 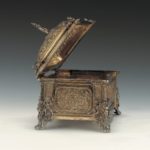 This silver presentation box was presented by the Glasgow Hebrew Community in November 1887 to Michael Simons, the first Jewish magistrate in Scotland. Simons was the senior partner in the firm Simons, Jacob & Co. and was closely involved with the Jewish community in Glasgow.

A Jewish community was founded in the city in the early 19th century, and the first purpose built synagogue, Garnet Hill synagogue, was established in 1879. The Jewish population was swelled in the late 19th century by immigrants from eastern Europe, many of whom settled in the inner-city area of the Gorbals. During the 19th century other communities were formed in towns across Scotland, including in Edinburgh, Aberdeen and Inverness.

Today, the Glasgow community is the fourth largest in Britain with 6000 members. There are six synagogues in the town and a host of other communal institutions.