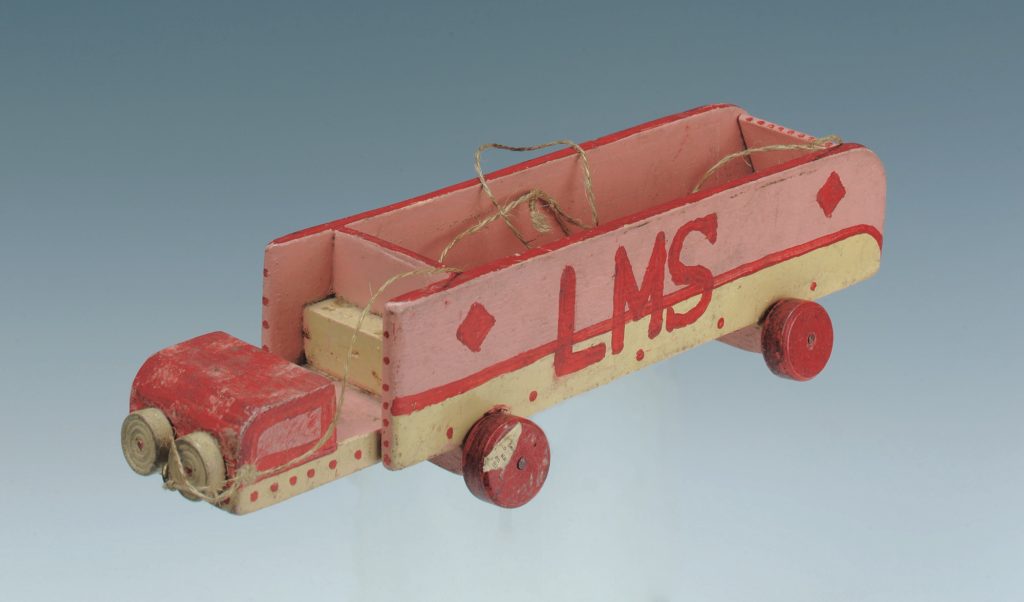 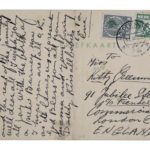 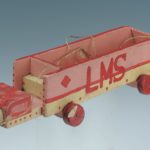 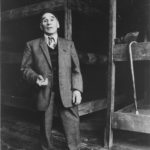 This truck was made in the early 1940s by Leon Greenman for his son Barney. Leon was born in 1910 in East London. His family had close links with the Netherlands and he spent much of his early life in Rotterdam.Following his marriage to Else in 1935, the couple settled in the city. In March 1940 their son Barney was born and just two months later the German army invaded the Netherlands. Leon enjoyed woodwork and made this wooden toy for Barney during the war. LMS stands for London Midland & Scottish Railway, chosen deliberately by Leon to show his support for Britain.Leon was unable to prove his British nationality and in October 1942 the family were arrested and deported to the Dutch transit camp Westerbork. In early 1943 they were sent to Auschwitz where Else and Barney were killed on arrival. Leon survived, and returning to Britain after the war he devoted the rest of his life to Holocaust education and anti-racist activism.