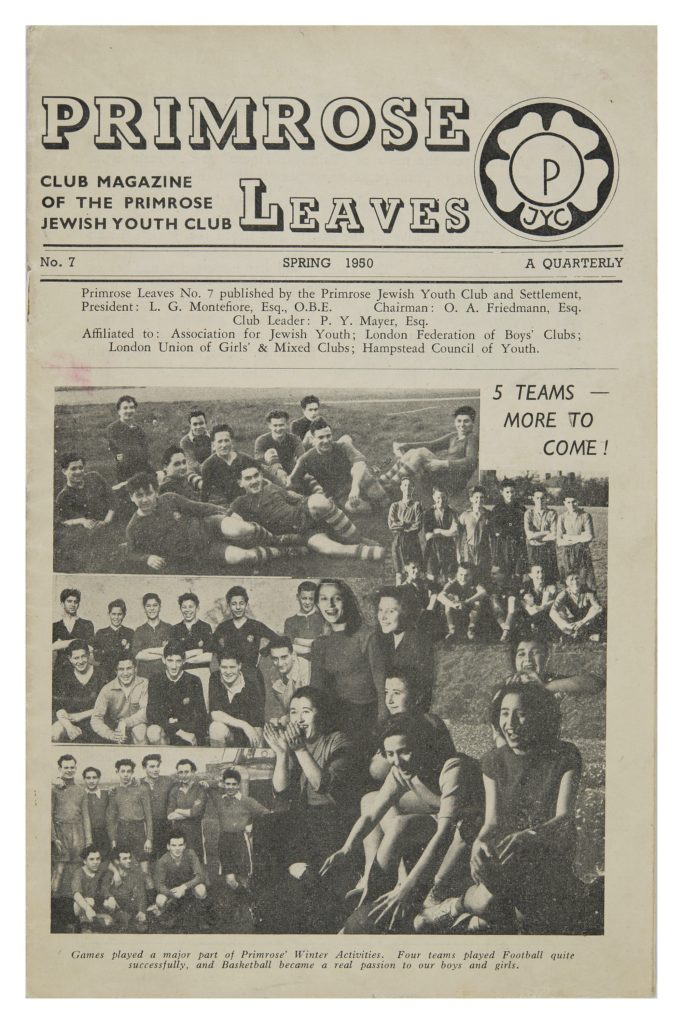 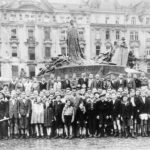 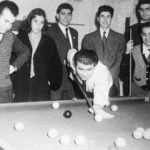 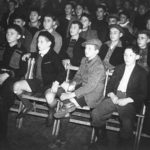 This is a copy of Primrose Leaves magazine, which was produced by the Primrose Jewish Youth Club. The club was founded in 1946 by young survivors of the Holocaust who had been allowed to settle in Britain by the government after the war. Financed by private donations, the club provided a venue for recreational activities and included kosher dining facilities. It ran until 1949 when it lost its lease.

Following their arrival in Britain, this group of young survivors forged close bonds, based on their shared, tragic histories. They called themselves “The Boys” (only about 80 of them were girls, as survival for Jewish girls under the Nazis had been almost impossible). “The Boys” became a tightly-knit group of friends, whose companionship and support gave them a lifeline as they established new lives.