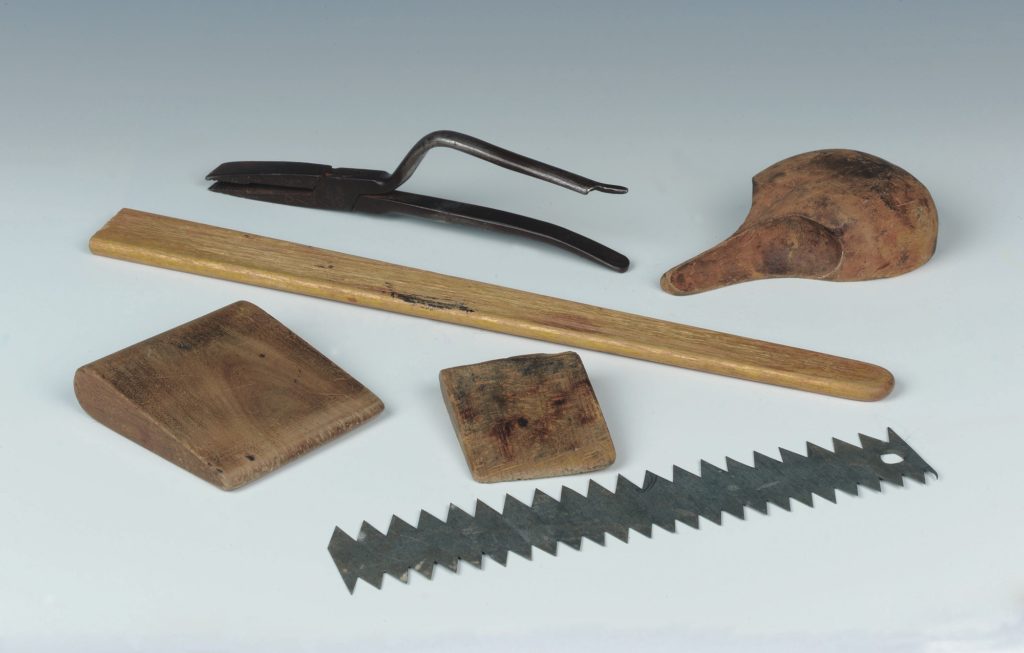 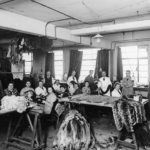 These tools belonged to Matthew Shaw who was a furrier in the 1920s and 1930s. They would have been used to shape fox heads for the fox head fur stoles that were fashionable at the time.

Furriery was a popular trade for many Jewish immigrants who settled in the UK from eastern Europe from the late 1880s, particularly in London’s East End and in Manchester. The work involved treating animal skins and making them into garments. Jewish furriers tended to make cheaper imitations of more expensive furs.

The fur trade was one of a number of trades in which Jewish immigrants were involved. Others worked in trades such as tailoring, baking, cabinet-making and hat-making. Often immigrants had worked in these trades in their countries of origin and were able to transfer their skills to their new homes.