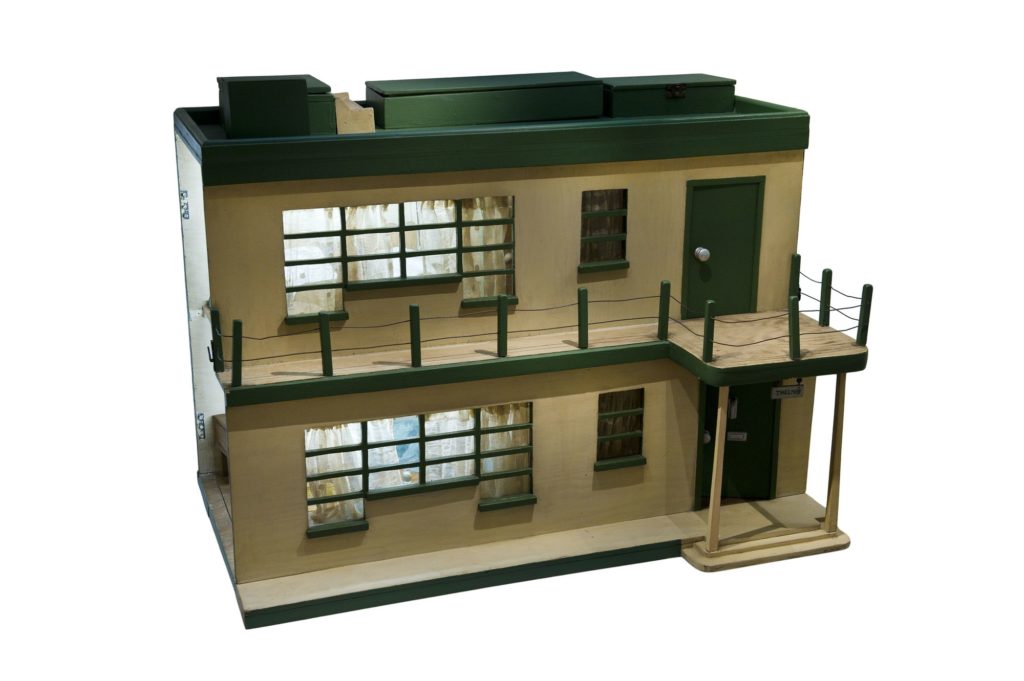 This modernist style doll’s house was made by Malcolm Libling, the son of an East End furniture maker, for his daughter Thelma. It is based on an actual house in the seaside town of Angmering-on-Sea.The doll’s house demonstrates the aspirations of much of the Jewish community who had grown up in the cramped streets and housing of London’s East End. During the interwar period they started to build new communities in the suburbs, which offered more space and better housing.In London, Jewish families followed the extended Northern Line to Golders Green, Hendon, Edgware and Finchley in north-west London. Others settled in north-east London – in Hackney, Tottenham and further out in West Ham, Leyton and Ilford. A similar move to the suburbs took place in other cities.