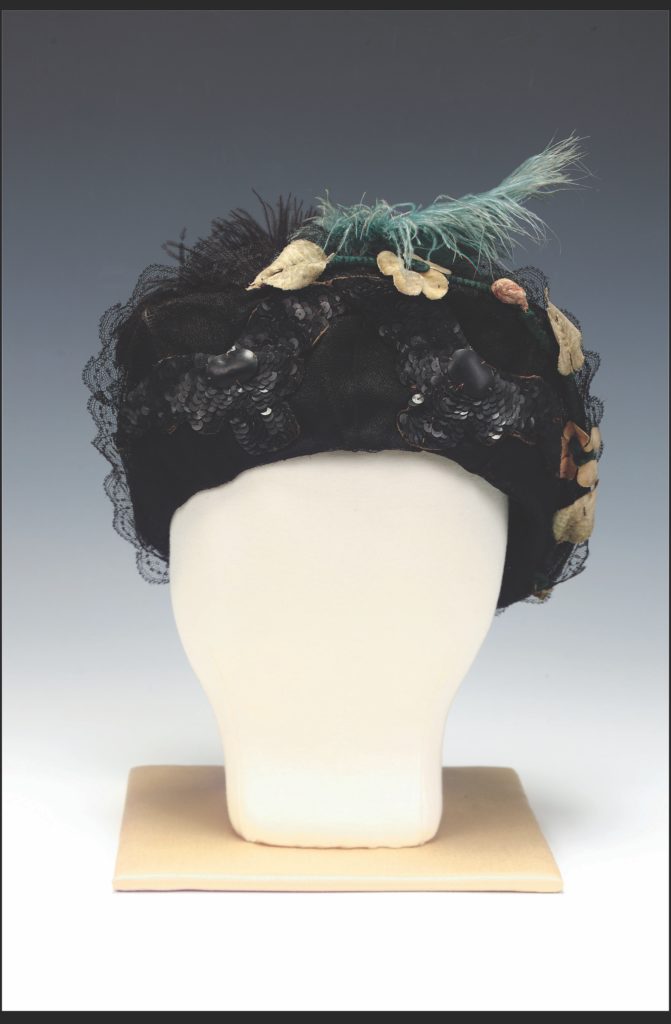 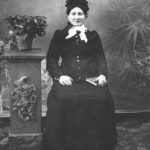 This bonnet belonged to a Jewish woman who migrated from the village of Nowy Dwor in Poland to Wales in the late 19th or early 20th century. She would have worn the bonnet over a sheitel, a wig traditionally worn by orthodox Jewish women to cover their hair.

From the 1880s, Jewish people in Russia and Poland suffered increasing persecution. Around two million Jews left their homes to seek a better life elsewhere, with up to 150,000 settling in Britain.

While the majority of immigrants settled in London’s East End, a significant number settled in towns across Britain, including in Wales. Many were attracted by the opportunities available in Welsh mining towns such as Merthyr Tydfil and Tredegar, setting up as shopkeepers to serve the local community.