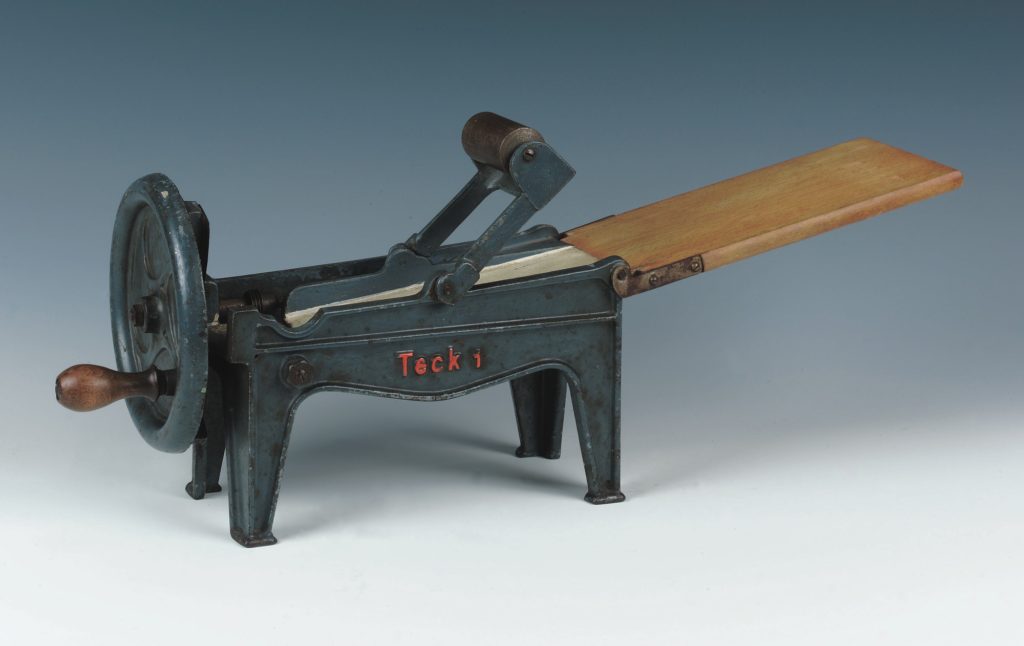 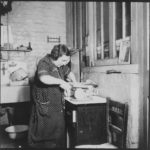 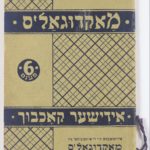 This machine was brought to England from Russia by a Jewish woman who emigrated at the end of the 19th century. Lokshen is the Yiddish name for thin noodles. It is traditionally put into soup (often chicken), or made into a sweet baked lokshen pudding with eggs, sugar and raisins and spices. This machine works by passing flattened strips of lokshen dough over a serrated roller which cuts it into thin noodles.

The lokshen machine would have been among traditional items used in an immigrant kitchen at the turn of the century. Immigrant families continued to keep their religious traditions, speak Yiddish and eat familiar dishes from Eastern Europe. As they became more settled and children went to school, English speech and habits filtered into the home.