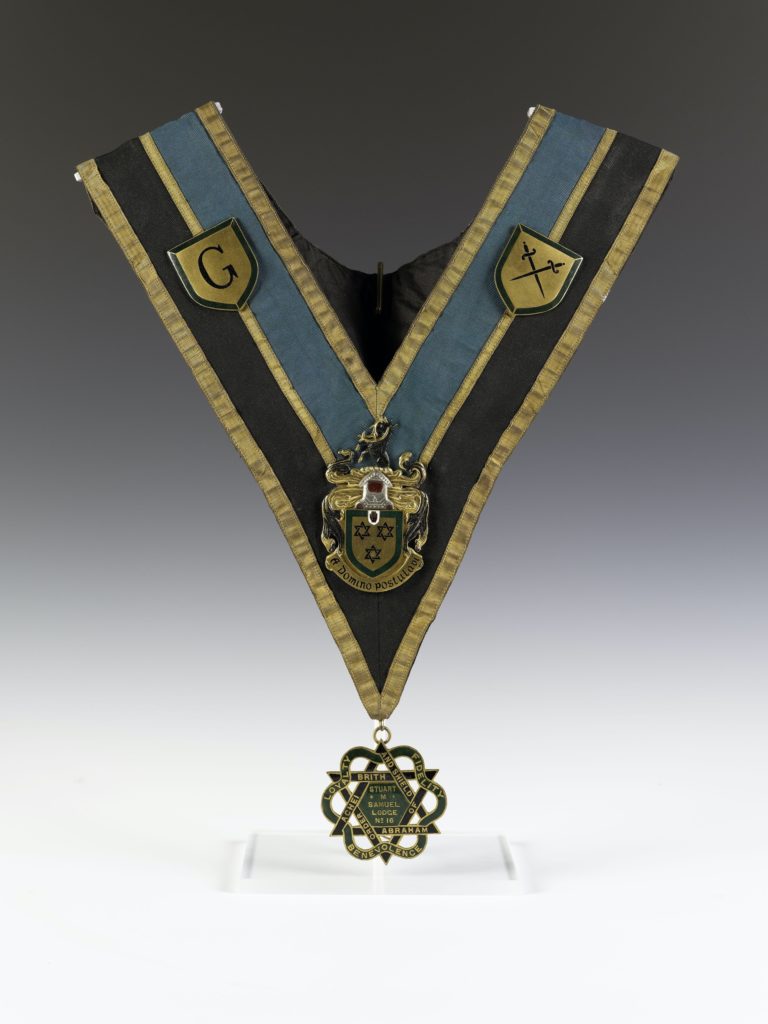 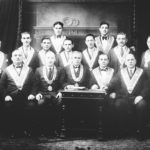 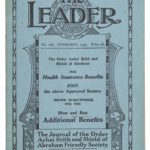 This is a collar from the Stuart M Samuel Lodge, Order of Achei Brith Friendly Society. Friendly societies played an important role in the lives of Jewish immigrants from the late 19th century and for much of the 20th century. In return for weekly contributions, members received payments to help them in times of illness and death. Some friendly societies also provided social events for their members. By 1901, there were 176 Jewish friendly societies in London.

Some friendly societies had membership ceremonies and rituals. Collars like this were worn by the president and other senior members of the society.