The third week of Bake Off comes to a head who will come out on top?? 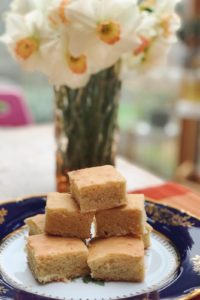 The penultimate #GreatJewishMuseumBakeOff saw us attempting to bake Jordan Cakes from Florence Greenberg’s cookbook. Florence’s cookbook was a staple in many Jewish households and Florence herself is quite a famous face in our collection

Florence Greenberg: From caring to cakes 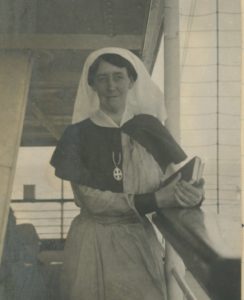 Florence (maiden name Oppenheimer) was born in 1882 in Islington, London to a large Jewish family where she developed keen cooking skills feeding her eight person family from ages 17-27. Florence worked in the East End where there was immense poverty and eventually, with the support of her brother, she trained as a nurse in the Royal Sussex County Hospital in 1911.

When the Great War broke out, Florence was posted in vessels fighting around the Mediterranean serving to heal soldiers involved in the Gallipoli campaign.  At the end of the war in 1919 she returned home to London.  In this diary extract from 1918 we can see that, through the tough fighting and incredibly hard work, Florence found the experience rewarding.

‘After 5 years of really hard work I was very tired and thought I would be wise to return home. However long I live I shall always be grateful for the opportunity to do this wonderfully rewarding work and memories will be a joy to look back upon.’

Once home, she married the editor of The Jewish Chronicle, Leopold Greenberg, and began a second career as a cookery writer for the paper. In 1934 she wrote The Jewish Chronicle Cookery Book and during the second world war the Ministry of Food recruited her to advise Jewish women on how to eke out their rations. By 1947 her profile was high enough for her to produce Jewish Cookery in her own name. [1]

The recipe that we have used for our choice is from her influential 1947 Jewish Cookery Book. Florence is now a household name in the Jewish Community. 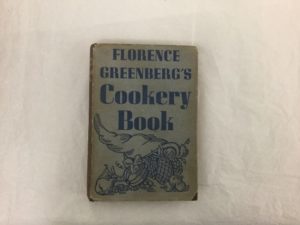 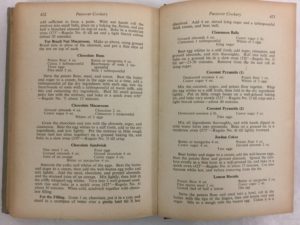 I would say it was a great success- there was no raising agent, just potato flour, ground almonds, sugar, butter and eggs which is why the bake is quite unleavened (in true Passover baking style). Florence’s recipe said to bake in a quick oven (whatever that was!) at 425 degrees (Fahrenheit?) for 15 minutes so I baked it in my oven on 200 degrees for about 20 and they came out perfectly.

They were quite satisfyingly tasty little cakes- could almost start up the cake or biscuit debate actually! I baked them on Sunday and they are almost gone, also greatly enjoyed by my flatmates. 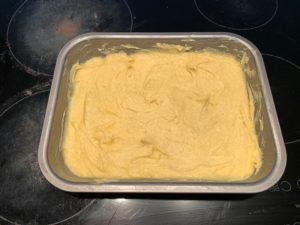 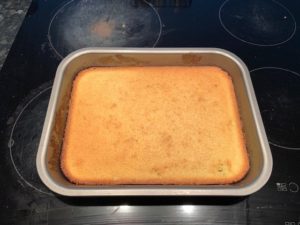 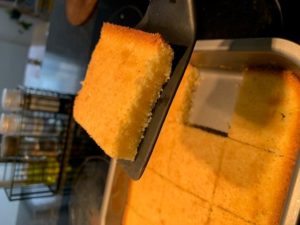 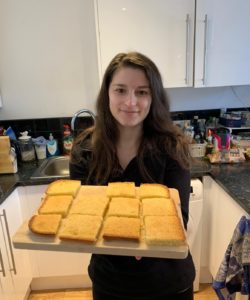 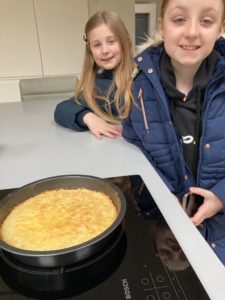 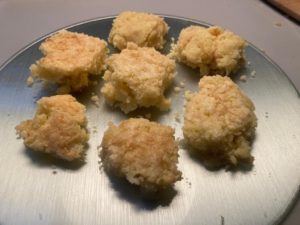 With the added does of cuteness and Rachel’s amazing photography skills we have a heavy competition!

And the winner is…. MANCHESTER!

It was a close call once again but Manchester just manage to clinch another victory! Well done all!

Posted in Uncategorized by Eliana Mendelsohn on March 18th, 2021.