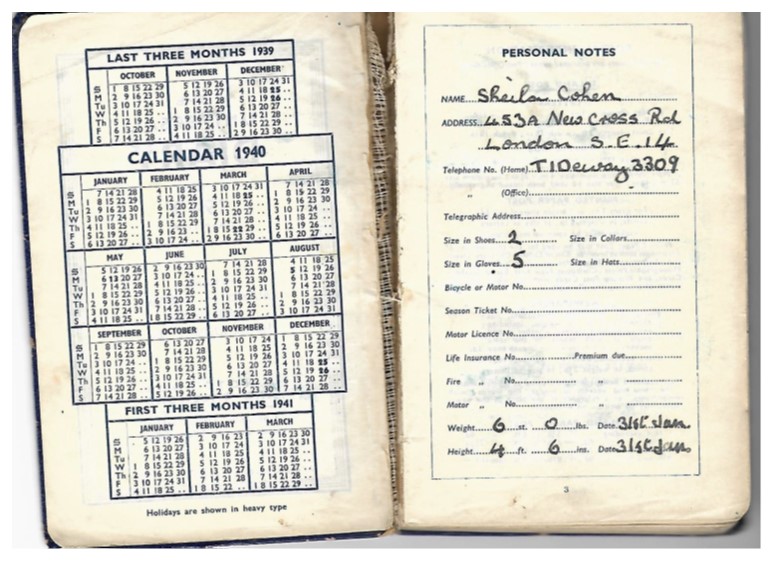 In my role as Collections Engagement Manager, I come across all sorts of objects from the decorative to the plain, the large to the tiny and the rare to the commonplace. But one thing I look for in everything is the story an object can tell. I think I’ve found a gem.

In September 1939, the world changed as World War II began. But whilst major events directed the path ahead, everyday life still went on. For Sheila Cohen (later Brull) then an 11-year-old Londoner, although she understood what was happening, in her own words she reflects that “we felt that we were onlookers rather than participants.”

Sheila was born in 1928. Her grandparents had immigrated to Great Britain in the 19th century from Romania (paternal) & Russia (maternal). Her parents were British-born and grateful for the education they received gaining scholarships to the East-End’s Raines Foundation School. Mr Cohen became a family doctor in New Cross; Mrs Cohen had wanted to study medicine & was “best when nursing the sick”. Although her uncles changed their surnames to “Carton” or “Cowan”, Sheila’s father retained the name “Cohen” and was quoted as claiming, “I am a proud Jew”.

“This period was called the “phony war”” writes Sheila. “Despite army call-ups and the evacuation of thousands of children from London, shortages of imported goods had not yet begun in the shops and although food rationing was introduced we never went hungry, our diet was simply limited to what was home grown.”

During the first year of the war, Sheila’s parents chose to keep her and her siblings in London, where a disrupted education, the ever-present risk of bombing and daily updates on events overseas quickly became the norm. 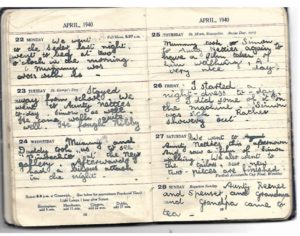 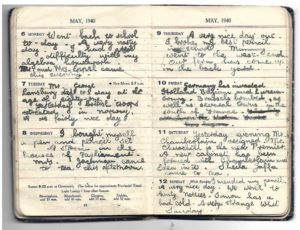 Throughout 1940, Sheila kept a diary, tracking the events of the day; the result is an innocent, honest perspective on both the incidents of WWII and the childhood troubles, tribulations, excitements and joys of life as a pre-teenager; trips to the food rations office are juxtaposed with comics not arriving in the post:

“My main source of information was our daily newspaper, the “News Chronicle”, this I read avidly, on my hands and knees on the floor.  This diary mixes news items with domestic trivia.”

Eighty years later and another global event has changed everyday life, disrupted children’s education, and made us all too familiar with daily death figures in the news.

81 years after they were originally written you can now track the events of 1940s London through the eyes of a child. From the early months of winter and spring where not much seems to happen to the heat of the summer where troubles intensify, to the early days of autumn when the family decide to leave London.