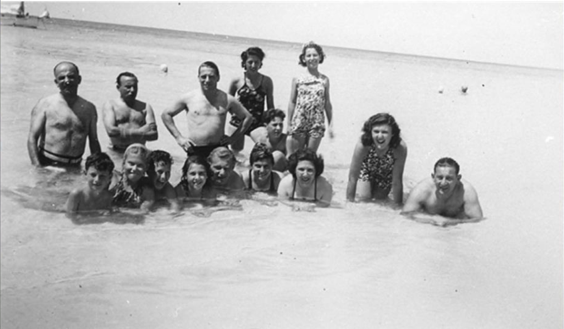 The history of Jews in Jamaica is surprisingly rich and extensive, although rarely revealed in popular literature. From their arrival in the 16th century, to their flourishing in the 17th century, to their small but notable presence on the island today, the Jewish Jamaican story is a story of diversity, marginalisation, hope, disappointment, and, in the midst of death and persecution, new life.

It is thought that the earliest Jewish presence in Jamaica was from 1530 when Jews travelled there to escape the Spanish Inquisition. Once Britain took power of the island from Spain in 1655, Jewish immigration was welcomed, and by 1720, 18% of the Jamaican population was Jewish. They flourished in Jamaica, becoming gold traders, sugar and vanilla merchants, and sometimes even pirates; Moses Cohen Henriques was a Dutch pirate of Portuguese Sephardic Jewish descent who operated in the Caribbean and eventually became advisor to the famous Captain Henry Morgan. They could hold office before the right was granted for Jews in England. Many joined the Jamaican Assembly, and in 1849 it even met for Yom Kippur. In 1866, 13 out of the 47 delegates were Jewish. Early Jewish life in Jamaica was therefore integrated and diverse. As the economy took a downturn at the turn of the 20th century, however, many Jews left to seek prosperity elsewhere.

The Caribbean is not usually salient in studies of the Second World War, and the connection between Jamaica and the Holocaust is virtually unknown. During the Second World War, Jamaica was a British colony. There, camps were set up to accommodate British people from Gibraltar who were threatened by the advancement of the German army. When people from Gibraltar only took up one third of the camps’ capacity, it was decided that Jewish refugees would take the space. Ultimate, around 1,400 Dutch and Polish Jews were housed there. 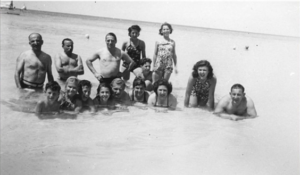 Photographs often show the best moments in life. Figure 1 is a black and white photograph from 1942 depicting a happy memory of Jewish people spending time on the beach in Jamaica whilst they lived in the camps. Similarly, Figure 2 shows a gathering of happy, smiling women. There was often expectation that life in Jamaica would be like this all the time, but the photograph does not show that they lacked the liberty they had dreamed of when they arrived there. People who were interned at the camps were not allowed to engage in any business or work which could be very boring. Jamaicans were not allowed to enter the camp, and Jews had to apply to leave the camp and had a 10pm curfew. These rules were in place because the Jews were seen as ‘enemy aliens’; they had arrived from Nazi-occupied territories, so it was seen as imperative to keep a watch on these potential spies. 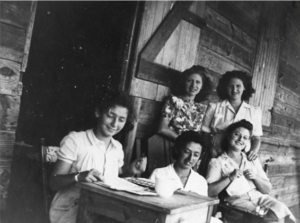 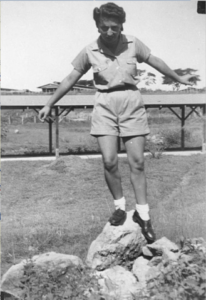 Figures 3 and 4 are photographs of a lady names Rachel Lopes-Cardozo. She was a Jew born in Antwerp in 1912. Her father was a diamond cutter. They left Belgium in 1940 and journeyed through Vichy France to get to Toulouse where they thought they would be safe. As restrictions tightened on Jewish freedoms in Vichy France they escaped to Spain and then Jamaica. Rachel and her daughter spent the remainder of the war in the Gibraltar Camp with a group of Dutch Jewish refugees; she even became a leader of the women in the camp. Little is known about what this meant for her, but women often organised cooking food in line with kosher law and coordinating Jewish rituals and festivals such as bar mitzvahs; internees’ freedoms were not fully restricted. After the war had ended, they were not allowed to get work in Jamaica, so often found visas and settled in America. In 1945, Rachel moved to England where she became a social worker. 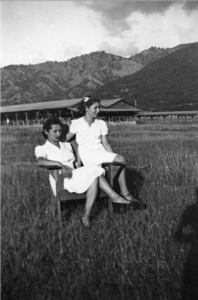 Although this history depicts marginalisation of the Jewish community in Jamaica, today the Jewish community is connected with the local Jamaican population. There is only one synagogue in Jamaica called Shaare Shalom which hosts the United Congregation of Israelites in Kingston. The group of around 200 is a mix between Ashkenazi and Sephardic Jews and is also ethnically. The island is littered with signs of Jewish-Jamaican hybrid identity, a relationship in a constant state of change and diversity. There are also interesting links between Judaism and Rastafarianism, an ideology which stemmed from Jamaica in the 1930s which has been made popular by its followers’ distinctive appearance and reggae music. Both use the Hebrew Bible as their holy scripture, and so many cultural symbols are the same, for example the themes of freedom and justice. Rastafarians follow dietary laws which are similar to Jewish kosher laws, and many have taken the Nazarite vow, resulting in the distinctive dreadlocks and abstention from alcohol that Rastafarians are well known for. Rastafarians have a Messiah figure too – the Ethiopian emperor Haile Selassie – who they claim is descended from King Solomon. He is often referred to as the ‘conquering lion of Judah’ which shows the similarities in use of language between the two religions.

This forgotten history of the relationship between Jews and Jamaicans is underreported and undervalued. Jamaica has been a safe haven for centuries in the form of shelter from both Spanish and Nazi persecution. Whilst their time in the camps was disappointing and brought restrictions to their freedoms, thousands of Jews survived the Holocaust because of Jamaican provision. It is because of the determination of these survivors to share their stories where others cannot that we can know about this. The story of this diverse community in Jamaica today calls to be shared in fear that the population of Jews living there will eventually decline and their history be forgotten.

Kirshner, Sheldon, ‘Jamaica Was A Wartime Haven For Jewish Refugees’, The Times of Israel (25th October 2017), found at https://blogs.timesofisrael.com/jamaica-was-a-wartime-haven-for-jewish-refugees/, [accessed 30/09/20].

Masis, Julie, ‘In Jamaica, a once-in-a-lifetime reunion for Jews who weathered WWII in an island camp’, The Times of Israel (18th November 2016), found at https://www.timesofisrael.com/in-jamaica-a-once-in-a-lifetime-reunion-for-jews-who-weathered-wwii-in-an-island-camp/, [accessed 30/09/20].