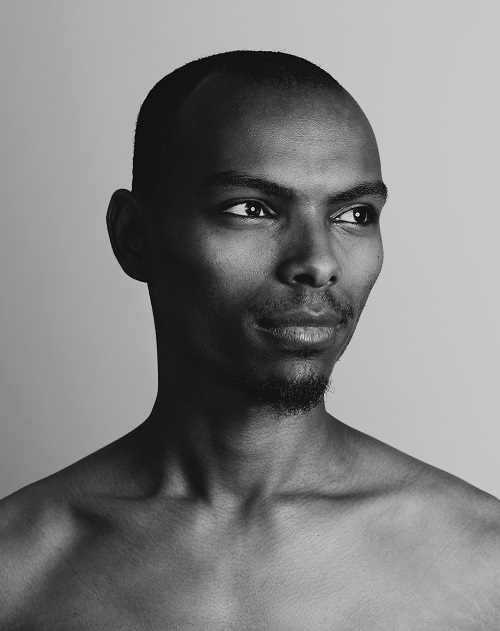 JEW is a new exhibition at the Jewish Museum London by photographer John Offenbach exploring the nature of what it means to identify as Jewish today: from religious to secular, rich to homeless, criminal to lawful through 34 striking large-scale photographs. A major art book on the subject featuring the full set of 120 works will be launched during the exhibition’s opening.

Both the exhibition and the publication bring together the diverse faces of Jewish people from myriad walks of life, dispelling the myth that there is just one type of Jew. For Offenbach, this has been a very personal project, traveling the world to capture the subjective essence of Jewish identity across 12 different countries, from Ethiopia to Ukraine, and Argentina to China.

Despite experiencing some initial resistance regarding the project’s title, Offenbach was adamant that this body of work was to be given the name JEW. He says: “A large part of the project was to re-own that word – it shouldn’t be seen as an insult”.  In November 1938, an exhibition entitled ‘The Eternal Jew’ opened in Munich promoting the Nazi stereotypes of Jews through photographs. In November 2019, Offenbach’s portraits challenge the contemporary, hateful propaganda of uncomfortably recent history, whilst contributing to a vital story of Jewish representation in the arts and posing urgent questions about identity and belonging that are pertinent to all of us.

Offenbach’s portraits are executed in black and white, a stylistic device known for its democracy. The removal of the background serves to avoid connotations of documentary. Offenbach explains: “I did travel to 12 countries, but my thinking was not necessarily to see it entirely as a diaspora project. I travelled with a neutral background and photographed each portrait against it, in black and white. The result is more objective, and at the same time more inclusive, in that each one, devoid of its surroundings becomes part of a single story”.

The series was inspired, in part, by August Sander, German photographer of the early 20th century who radically documented German people in a way that dismissed the era’s social divisions. In line with Sander’s work that spoke honestly of the contemporary human existence, Offenbach says: “My project is about the faces. There is truth, honesty and diversity in these unretouched photographs. Each sitter is a normal person with a normal face, and I wanted to celebrate this normalcy. The ordinary is extraordinary and deserves our attention”.

Each portrait is titled not by the sitter’s name, but by their occupation or circumstances. For example, Spy, Refuse Collector and Nobel Laureate are contrasted, creating a mosaic of unadorned snapshots, challenging the received view of world Jewry. Through these titles, Offenbach hopes to normalise the identities and quotidian existences of Jewish people across the spectrum of life.

Of the launch of both the book and the exhibition, Offenbach says: “This is certainly a very proud moment in my career. The book and exhibition at the Jewish Museum are the culmination of a lot of thought, time and effort. It has been an odyssey and who knows where it may lead to in the next few years”.

Dominik Czechowski, Head of Exhibitions at Jewish Museum London commented: “Offenbach’s bold and exciting work is very much part of our mission to celebrate Jewish culture and challenge prejudice and stereotypes. He, like us, seeks to represent the entire Jewish community in all its joyful complexity to the wider world”.

London-based John Offenbach is a renowned photographer with a career spanning 25 years. He has worked on high-profile campaigns in partnership with global brands such as American Express, Air France, IBM, Hyundai, Chrysler, BMW, Volvo, Volkswagen and Bentley. His first major project was commissioned in 1994 by Bartle Bogle Hegarty for Levi’s.

Inspired by greats in his field from André Kertész to Thomas Struth, Offenbach prides photography as an artistic medium above all, readily quoting Thomas Carlyle: “A portrait is worth a dozen biographies, it is the candlelight by which we view history”.

Offenbach has been the recipient of numerous awards since launching his career in the early 1990s such as Golds at the New York Photo Awards and the Campaign Photo Awards. He has been recognised and awarded by the Association of Photographers, Photo District News, Communication Arts, D&AD, Creative Review, American Photographer, Art Directors’ Club and Graphis Photo. He is also included in the World’s Top 200 photographers compiled by Lurzers Magazine.

ABOUT THE JEWISH MUSEUM LONDON

The Museum tells the story of the history and heritage of Jews in Britain through universal themes of migration, family, faith and culture.  Their mission is to surprise, delight and engage all people, irrespective of background and faith, in the history, identity and culture of Jews in Britain. Their exhibitions, events and learning programmes encourage a sense of discovery and aim to provoke questions, challenge prejudice, and encourage understanding.