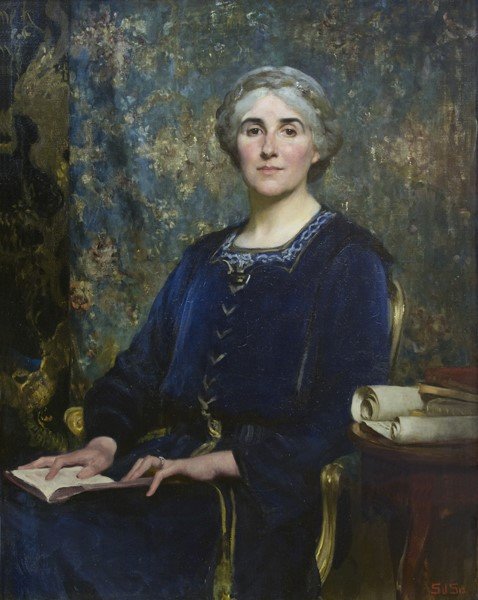 In nineteenth-century Britain, expertise in Hebrew translation was not common, especially among women.

Further, Hebrew scholars tended to focus on the translation of religious texts, rather than secular Hebrew literature.

Born in 1887, Nina Salaman was an exceptional scholar and was one of the leading Hebraists of her time. From her translations published in the Jewish Chronicle in 1894 she had a significant literary output.

There are several examples of her translations of Spanish and Italian Medieval poetry in the Jewish Museum collection including Rahel Morpurgo and Contemporary Hebrew Poems in Italy and Songs of Exile by Hebrew Poets.

Their poetry symbolized an artistic sensibility that had been lost from Jewish culture for centuries.

The celebrated novelist Israel Zangwill was a great supporter of her works and aided her in getting Songs of Exile published by the Publication Society of America in 1901.

Salaman dedicated it to her father, Arthur Davis, a self-taught Hebraist who instilled her deep love and knowledge of Hebrew and Jewish history.

Salaman is best known for her translations of the Spanish Medieval poet Yehuda Ha-Levi’s work.

Ha-Levi was famed for both secular and religious output but it was his fervent nationalism and yearning to return to Israel which drew Salaman to his work.

Salaman became active in mainstream political Zionism during WWI, and completed on of the first English translations of ‘Ha-Tikvah’ the Zionist anthem which is now Israel’s national anthem.

The Museum owns a beautiful copy with a frontispiece by Ephraim Moses Lilien, the first Zionist artist. 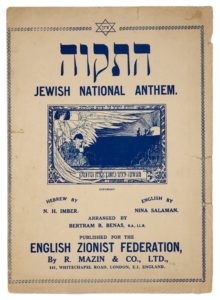 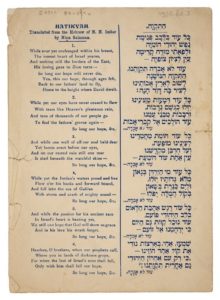 Salaman’s portrait was painted by the Anglo-Jewish artist Solomon J. Solomon in 1918.

Here she is pictured in her ‘natural habitat’ surrounded by books and pieces of parchment.

Her braided hairstyle and robe-like dress is also seen in this 1918 family photograph from the Zangwill Family album and in the Frontispiece for a 1923 copy of Songs of Many Days. 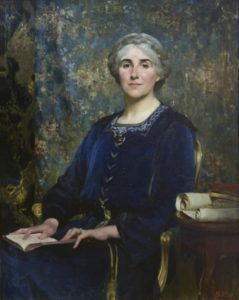 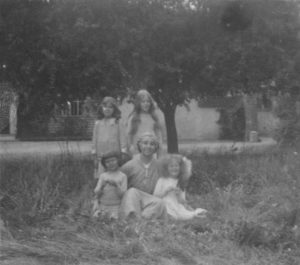